Do you own a Honda? You’ll want to know about the Honda recalls for many of the automaker’s popular vehicle models this year. Earlier this year, Honda recalled about 44,000 of its 2012-13 Honda Fit Sport models when the company discovered that the electronic stability control in these cars “may not stop a skid as quickly as it should,” reported the New York Times. Honda calls this defective system the Vehicle Stability Assist, and as of this summer, the automaker recalled an additional 48,000 2012-13 models of the car. As a result, this product liability issue now involves the recall of nearly 100,000 Honda Fit vehicles.

While the company hasn’t reported any injuries as a result of the problems with the Vehicle Stability Assist, a defect in any automobile can cause serious consequences on the road. When we buy products such as motor vehicles, we expect them to be safe and free of defects. Under product liability law in California, victims who have been injured as the result of a defective product, such a specific system in a car, may be eligible for compensation. The injury attorneys at the Walton Law Firm have extensive experience dealing with product liability claims. If you have been injured as a result of the Honda recall or any other motor vehicle recall, don’t hesitate to contact an attorney today. 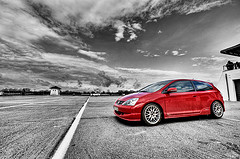 What is Electronic Stability Control?

Stability control systems “use sensors to determine if a vehicle is moving in a direction at odds with what the driver is doing with the steering wheel,” according to the New York Times. If this happens, the vehicle’s computer system “applies braking to one wheel at a time in an effort to correct the movement.”

In short, if you’re driving and hit a puddle of water that causes your vehicle to hydroplane, or if you’re driving in the winter and begin slipping on a patch of ice, the Vehicle Stability Assist is supposed to kick in and prevent a serious accident.

History of the Recall

Back when Honda issued its original recall in April, the automaker indicated that the problem primarily concerned a certain brand of tires that weren’t compatible with the 2012-13 Honda Fit Sport models. The tires, Honda argued back in April, “didn’t respond as quickly” as the company intended. However, the more recent recall of 48,000 more Fit models makes clear that the problem isn’t relegated to the tires.

A Honda spokesman said that the electronic stability control systems simply weren’t working “under really extreme conditions.” The spokesman defined those conditions as “having extremely worn tires, wheels that re out of alignment, and driving at high speeds.” While Honda says it doesn’t know about any accidents as a result of the defect, properly functioning electronic stability control systems are essential to drivers’ safety.

And the Fit recalls aren’t the only ones linked to Honda this year. Other recalls include certain 2013 Accord models with defective fuel tanks and 2013 Honda Odyssey minivans and Pilot SUVs with engine problems, according to the Washington Post. The most recent recall of the Odyssey and Pilot SUV models is especially problematic, as it concerns engine stalling, “which increases crash risk.”

If you or a loved one have been injured by one of Honda’s recalls or by another defective product, contact an experienced product liability attorney today to discuss your case.