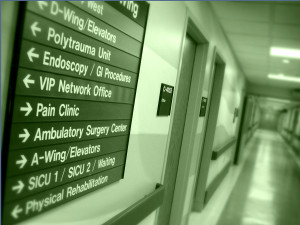 Each day, San Diego residents visit local hospitals and healthcare facilities for routine and outpatient surgeries. Yet much too often, preventable infections lead to severe and even life-threatening patient injuries. According to a recent article in The San Diego Union-Tribune, six local hospitals in Southern California received fines for preventable patient infections.

When patients enter hospitals, they should not have to worry about acquiring preventable infections. However, as the article makes clear, hospital-acquired infections are a serious risk for many San Diego County residents. A recent federal review of quality-control efforts in California and throughout the country shows that “too many patients still acquire infections and other potentially deadly yet avoidable complications.”

And these problems do not just afflict smaller or underfunded facilities. As the article notes, “the problem plagues hospitals large and small including prestigious medical centers with a reputation for top-flight care.” Where are some of these dangerous hospitals located? Most Southern Californians will be surprised to learn about some of the well-regarded hospitals that have some of the highest rates of hospital-acquired infections. For instance, the Hillcrest and La Jolla campuses of UC San Diego Medical Center, as well as Scripps Green Hospital, “have infection scores that put them in the worst 5% of hospitals nationwide.”

When hospitals do not perform well when it comes to hospital-acquired patient infections, they can be penalized by the Centers for Medicare and Medicaid Services (CMS). Specifically, CMS has a hospital-acquired conditions (HACs) program, which includes hospital-acquired infections. The most recent report looked at around 4,000 hospitals across the nation, and 758 of those facilities had reimbursement cuts because of rates of HACs. Six of those hospitals were located in San Diego County:

As U-T San Diego underscores, a number of these hospitals were also fined in 2014—the year that the HACs program began under the Centers for Medicare and Medicaid Services.

As we mentioned, infections are one form of hospital-acquired condition. On its program website, CMS provides a list of HACs for which it can penalize hospitals. Those HACs include but are not limited to:

If you acquired an infection after visiting a San Diego hospital, you may be able to file a claim for compensation. You should discuss your situation with a dedicated San Diego medical malpractice attorney as soon as possible. Contact the Walton Law Firm today for assistance.