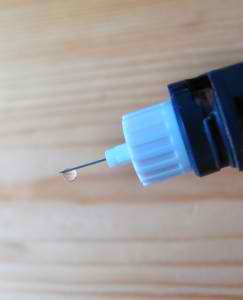 There are very few relationships that are more sacred and more demanding of our trust than those between us and our doctors. Our doctors often know more about us than our closest friends, and they are the ones who we turn to when we need answers about our health and well-being. But what happens when our doctors fail us?

Few of us can imagine the nightmare of losing our mobility and becoming paralyzed, but that is exactly what happened to a 14-year-old girl who entered Birmingham Children’s Hospital for a relatively minor surgery and left as a paraplegic.

According to an article from Fox News, Sophie Tyler was admitted to the hospital to have gallstones removed. In order to keep her from feeling pain during the surgery, she was given an epidural anesthetic. However, the hospital staff failed to remove the epidural for 48 hours following insertion. During those 48 hours, Sophie suffered increasing numbness in her feet and legs, and she even told the hospital staff of her symptoms, but no one realized what was causing the numbness until it was too late. The anesthetic entered her spinal cord and caused permanent damage that will leave Sophie paralyzed from the waist down for the remainder of her life.

Sophie’s mother obtained a spinal cord injury lawyer to represent her daughter. In this particular situation, the hospital has already publicly admitted that they were at fault, which should make the injury lawsuit much easier, and in all likelihood, the case will be settled out of court. However, admissions of liability from those responsible for causing personal injury are rare, especially in cases of medical malpractice. Doctors and nurses are trained not to admit fault, even where it is obvious, and they are even coached on how to avoid saying anything that could be construed as admitting they are to blame. In most cases, the defendant will not admit liability. Therefore, it is always important for local residents to do what Sophie’s mother did and make sure that your rights are being protected by a San Diego medical malpractice attorney Remember that doctors, hospitals, and other healthcare providers almost always have their own attorneys to defend against patient claims. You should not try to go up against them without representation of your own.

In our area San Diego Medical malpractice lawyers are there when you need someone with an understanding of the law, as well as some understanding of medical terminology, diagnoses, and procedure. Experienced personal injury attorneys usually have a great deal of practical medical knowledge built up over their years of practicing law and can help you make sense of your medical malpractice lawsuit.

Fortunately, not all cases are as severe as young Sophie’s situation, but in every valid malpractice case, there is at least one common thread: a breach of the trust that we all place in the doctors and nurses who care for us and our loved ones. Taking action and bringing attention to the problem helps improve the quality of medical treatment and the care with which it is rendered.