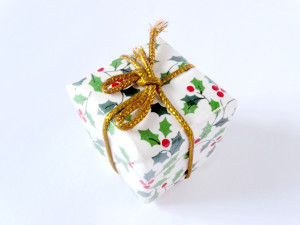 Did your child ask for a Hoverboard for Christmas? Did you decide that the warm winter weather in San Diego would make for an amenable environment in which to learn how to use a Hoverboard? Regardless of whether children or adults use these devices, numerous reports suggest that serious personal injuries arise when people attempt to use these dangerous consumer products. According to a recent report from CNET.com, “despite their coolness, this tech fad has a dangerous side.”

What is a Hoverboard? Perhaps you have seen these devices on television or on neighborhood streets. In short, they are self-balancing, two-wheeled scooters that quickly became “one of the hottest toys of the year,” according to the article. Celebrities can be seen gliding around on Hoverboards, while kids of all ages likely want a chance to ride one.

As the article explains, new Hoverboards really are more like “miniature Segways minus the handlebars.” They respond to the user’s movement, “moving forward when you lean forward and braking and reversing when you lean back.” Unlike a skateboard (another two-wheeled device), Hoverboard users face forward (just like with a Segway scooter). Very subtle movements of the “feet, legs, and torso” control the movement of the Hoverboard. The user’s physical movement also controls the speed. There are pressure-sensitive footpads that allow you to press harder to speed up and to let up on the pressure to slow down. As soon as a rider steps onto the Hoverboard, the device begins moving. As such, they are “tricky to mount and dismount.”

In addition to difficulties with mounting and dismounting, the lack of handlebars also prevents the user from having anything with which to steady him or herself. As the CNET.com article notes, “it’s easy to fall off while you get used to the board.”

While these devices might look like they could be fun to use, there are two major injury risks that allegedly accompany the use of Hoverboards:

When it comes to the risk of fire, these dangerous products may in fact be defective. Given the number of Hoverboards that have exploded, “cities are banning them from roads and sidewalks,” while “airlines won’t let you bring them onto planes.” In addition, online retailers, including major ones like Amazon and Overstock, have decided to stop selling certain Hoverboard models and even have gone as far as to tell consumers to “trash ones they’ve already received.” There has been no official recall, however.

In addition to the risk of fire-related injuries, the difficulty of balancing and maneuvering on Hoverboards also makes fall-related injuries a serious problem. While physicians recommend using proper safety gear—such as a helmet, knee pads, wrist pads, and elbow pads—a fall can still result in severe injuries, including but not limited to:

Many new consumer products can pose serious risks to users. If you or someone you love sustained a serious injury while using a Hoverboard, you may be able to file a claim for compensation. You should discuss your case with an experienced San Diego personal injury attorney as soon as possible. Contact the Walton Law Firm today to learn more about how we can assist with your claim.