Rainy weather in Southern California has made the highways slick and dangerous. Currently, four serious bus crashes have occurred on the California highways in the last month. Some commentators believe the rainy weather contributed significantly to the crashes. 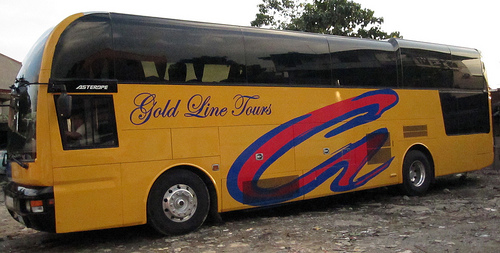 A tour bus on its way to Valley View Casino, just north of San Diego, crashed and caused serious injuries and one fatality, according to an article in Reuters. The bus accident injured more than 20 passengers when it overturned near Fallbrook in the middle of the afternoon, reported California Highway Patrol Office Jim Bettencourt. According to the article, the bus passengers were older adults on a casino excursion. The crash victims were transported to nearby hospitals, where their injuries were reported as “ranging from minor to serious.” In the hours after the accident, the cause of the charter bus crash remained under investigation.

Similar accidents have occurred since, making for a total of four very serious bus accidents in Southern California in the month of December alone. For example, every passenger on a 30-passengers bus sustained injuries “when it spun out near Corona,” according to an officer on the scene. Many of these passengers suffered minor injuries, “but several were taken to area hospitals with moderate injuries,” reported Reuters. One of those passengers later died from his injuries, according to an article in the Huffington Post. This bus had been on its way from Orange County to a casino in the San Diego area. This crash, too, remains under investigation, but one of the police officers on the scene indicated that “rain might be a factor.”

Does rain often cause serious bus accidents and traffic crashes? Travis Monks, a California Highway Patrol Officer, emphasized that drivers need to take extra precaution when it’s raining in Southern California. According to Monks, “the roadway was wet at the time of the accident.” Rain may also have been a factor in a Riverside County accident in which a Riverside Transit Agency bus “slid sideways and hit a car traveling in the opposite direction,” according to the Huffington Post.

Just a few days later, the Huffington Post reported that a tour bus heading north from a San Diego-area casino crashed off a freeway east of Los Angeles. In this bus accident, the vehicle crashed just after 4:30 a.m. when it careened off an I-10 shoulder. According to the article in the Huffington Post, “the bus wheels went into a small drainage ditch and it came to a rest against a fence and light pole.” The bus had been carrying 40 passengers, and 13 sustained injuries. Of those victims, only two reported moderate injuries, while eleven reported minor injuries.

While investigators haven’t yet determined with certainty whether slick roadways caused these accidents, the slippery highways combined with the speed of the buses likely played a role.

Rainy Highways Can Cause Serious Accidents

Is bus travel safe after heavy California rain? According to the Federal Highway Administration’s Road Weather Management Program, precipitation can significantly impact roadway safety. For instance, rain can lessen visibility distance, and it can cause pavement friction and lane obstruction. In addition, precipitation can negatively affect vehicle performance and driver behavior.

If you or a loved one has recently suffered injuries in a bus accident, you may be eligible for financial compensation. It’s important to speak to an experienced California bus accident lawyer. Contact us today to discuss your claim.