A local high school student was killed, and another injured, after a serious car accident in Rancho Santa Fe early Sunday morning.

According to reports, five high school students from Torrey Pines High School piled into a Mazda 3 after a party and headed north on La Granada near the Rancho Santa Fe Golf Club. The car was speeding, and the driver failed to negotiate a curve, careening off the road and through a wooden fence before rolling over.

One boy in the car was ejected, and suffered major head and died at the scene. Another boy, Jamie Arnold, suffered serious injuries and was transported to Scripps Memorial Hospital. Arnold was also not belted at the time of the accident. Two other passengers and the driver were not injured.

The driver, a classmate of the boys, was arrested at the scene on suspicion of drunk driving and taken to Juvenile Hall. 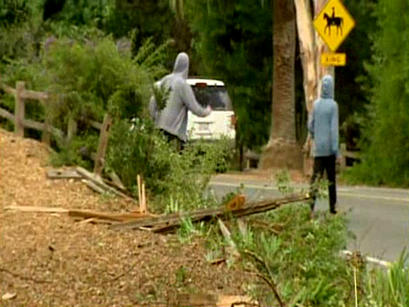 The San Diego personal injury and accident lawyers at the Walton Law Firm represent individuals and families who have been injured in all types of accidents, including automobile accidents. Call (760) 607-1325 for a free consultation.