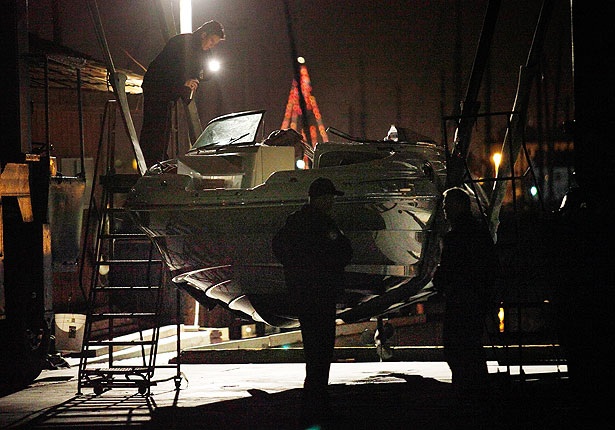 The criminal investigation into the Coast Guard boat accident that claimed the life of 8-year-old Anthony DeWeese is revealing a startlingly relaxed and sometimes “cowboy” attitude toward the operation of Coast Guard boats. The lead investigator into the accident has testified that boat operators failed to assign lookouts during patrols, used cell phones for talk and text while on the water, and failed to evaluate risks before embarking on mission.

The investigator, Cmdr. Brian Roach said he couldn’t believe what he saw when he began his investigation. When the 30-year veteran was taken to the scene of the accident by other crew members he was stunned by what he witnessed. The four-person crew used their phones and ignored lookout duties:

“Disappointing is the better way to put it,” Roach testified the criminal investigation hearing, adding that when no one else did it, he started calling out the locations of nearby boats. “The crew looked at me like, ‘What are you doing?’ My palms were starting to sweat.”

Lawyers for the petty officers charged with DeWeese’s death don’t necessarily diagree with Roach’s assessment, but lay the blame with the Coast Guard itself for failing to provide adequate training. Petty Officer 3rd Class Paul A. Ramos was driving the Coast Guard vessel when it slammed into the DeWeese family’s 24-foot pleasure boat.

The tragedy, as expected, is going to lead to a civil lawsuit for the death of DeWeese, the trauma his parents endured, and the severe injury to another passenger.

The San Diego based Walton Law Firm represents individuals and families who have been impacted by all types of injury-producing incidents, including auto accidents, wrongful death claims, worksite injuries, elder abuse and neglect, sexual molestation, pedestrian injuries, construction accidents, property injuries, and malpractice matters. Call toll free at (866) 607-1325 or locally at (760) 571-5500 for a free and confidential consultation.