Over the past several months, we’ve mentioned the major NFL concussion lawsuit that has been pending before U.S. District Court Judge Anita B. Brody. More than 4,000 players and their families filed claims against the NFL for failing to warn about the dangers of traumatic brain injury. One of the claims focuses on a San Diego Chargers player, Junior Seau, who died in 2012 after suffering from chronic traumatic encephalopathy (CTE), which resulted from multiple concussions.

Earlier this month, Judge Brody ordered the players and the NFL to mediation, hoping “to bring the sides closer,” according to an article in the New York Times. The ultimate outcome of this case is likely to make a big impact on traumatic brain injury claims in California. When it comes to professional and amateur athletes alike, can athletic organizations be held responsible for the traumatic brain injuries that result from multiple concussions on the field? 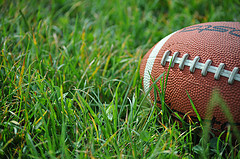 Details of the Mediation Order

When Judge Brody initially heard the NFL concussion case back in April, she said she would wait to rule on the NFL’s motion to dismiss until July 22, according to a report from CBS News. It turns out that Brody wants to bring a mediator in before she makes any decisions about the outcome of the case. She ordered the parties to attend mediation, and she appointed Layn Phillips, a retired federal judge, to serve as the mediator.

Now, Brody will wait to see what happens with the mediation, and she won’t rule on the NFL’s motion to dismiss until September 3. She explained that she decided to refer the case to a mediator after having an “informal exploratory telephone conference with lead counsel.”

It’s a good idea to get a brief reminder of the parameters in this case. The NFL players and their families have alleged that the NFL “concealed for years and even decades what it knew about the long-term dangers of repeated hits to the head.” Naturally, the NFL argues that it issued warnings to the players that were “consistent with medical research available at the time.” Notably, the league also contends that the players are bound to a collective bargaining agreement—in other words, they can’t just bring these claims into the courtroom.

Both sides have agreed to mediate, and they’re also bound by Brody’s order to avoid any public discussion of the mediation. Commentators suggest that mediation may be a logical route since this case is so complex. The plaintiff may have difficulty proving whether the brain damage suffered was the direct result of hits to the head during NFL play, since many of the players likely sustained concussions in high school and college play, as well. Additionally, the plaintiffs are a huge group made up of players who retired many years ago along with players who retired very recently.

The New York Times indicated that judges often bring in a mediator “to bring sides closer in a multifaceted case like this one.” For example, mediators have settled other complex sports issues, such as the NFL and NBA lockouts over the past years.

Significantly, a mediator can’t make a binding ruling the way a judge can. Instead, mediators can “try to narrow some of the issues.” If either side thinks they’d fare better in front of a judge, the mediation may go nowhere.

The director of the Sports Law Program at Tulane University, Gabriel Feldman, said he doubts the NFL is going to offer up any early compensation. The plaintiffs seek substantial damages, and for Feldman, it seems unlikely that the NFL will “give a large settlement.”

Right now, it’s hard to know how the case will go. But we can be sure that the outcome will have significant reverberations for amateur and professional athletes who file claims after suffering multiple concussions or other traumatic brain injuries. Experienced brain injury lawyers can help. If you or a loved one have suffered a traumatic brain injury, don’t hesitate to contact us today to discuss your claim.