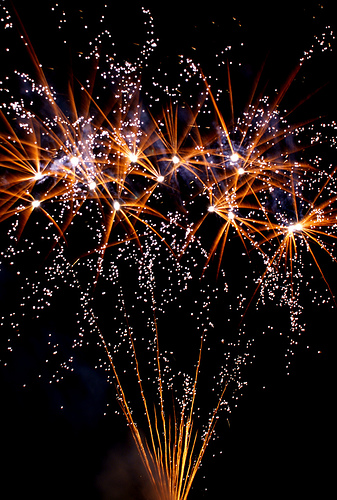 The Fourth of July is naturally the high-point of the year for firework activities. But it is a mistake to assume that fireworks are only used for the mid-summer holiday and not at other times. This is not the case. In fact, because of the climate in our area, fireworks are used for various occasions throughout the year here. For that reasons it is crucial for all local residents to be continually reminded of the need to use extra caution whenever these explosive are used.

The consequences are literally life-threatening.

San Diego Fireworks Death
For example, as we mentioned last week The Press Enterprise reported recently on the passing of a young San Diego man from injuries suffered during a fireworks mishap. According to the report, 20-year old William Calabrese was working with two others (including a fire inspector) were setting up a fireworks display for a local minor league baseball game, the Lake Elsinore Storm, when something went awry.

Many details about the accident remain under investigation. However, there was apparently an explosion in a truck, which may or may not have been carrying the firework. The explosion caused the truck to go up in flames, which injured all three men working on the display. Mr. Calabrese suffered the most serious injuries and was flown by helicopter to a local hospital. The other two men suffered minor burns and were taken by ambulance.

Mr. Calabrese’s injuries were life-threatening. Medical professionals did all they could to save him, but the damage proved too much. He suffered burns on 90% of his body. The accident occurred on Friday, August 31st, and Mr. Calabrese passed away two days later.

Legal Liability
Of course it is far too early to make any inferences about legal liability following this tragedy. It goes without saying that the investigation needs to be completed fully before any determinations are made. To start, the specific cause of of the explosion needs to be ascertained. Was it something with the manufacture of the fireworks? Was there sometimes off about the way the explosives were loaded into the vehicle? Was the truck driven properly? Did some other object intervene and cause the explosion?

The potential factors are limitless, and it will be crucial to understand what actually was at the root of the tragedy. This is important to ensure lessons are learned so that a similar tragedy never against strikes. It may also be important to determine accountability so those hurt can receive redress for their losses.

It is not uncommon for civil actions following tragedies like this to involve multiple parties. The minor league team that was putting on the display may be involved, those that sold and manufactured the fireworks could be named, and other third parties may be discovered to have acted unreasonably
The dangers of fireworks, particularly large displays with heavy explosives, are well-known. That knowledge will also factor into any legal action stemming from this event. That is because “reasonable” behavior hinges on what is known or should have been known about the safety risks of any given situation.

To receive advice about recovery following an accident in San Diego or surrounding communities, feel free to call the San Diego accident lawyers at the Walton Law Firm to learn how we can help. There is no obligation and no cost.