Is there a connection between the drought in California and the number of drowning accidents that have occurred this summer? Thinking logically, it might seem that a drought would result in lower water levels and fewer water-related accidental deaths. However, according to a recent article from CBS San Francisco, the drought might actually be to blame for the higher-than-average drowning death toll in our state. 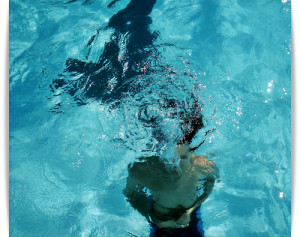 It is often more dangerous to swim in lakes and rivers during a drought—such as the one that Californians have been facing for nearly three years—than in drought-free conditions. Indeed, in rivers such as the American River or Sacramento River in Northern California, drought conditions mean that the shorelines have been pulled back, particularly at the site where the two rivers in the area come together. When shorelines are pulled back, swimmers can “get caught in strong currents where the water suddenly deepens,” the article explains.

Researchers have been looking into the connections between droughts and drownings, especially given that California has witnessed a rise in the number of drowning deaths over the past few years. For instance, whereas Sacramento County typically has only one or two deaths connected to accidental drowning, it has already reported six drowning deaths this year alone. To be sure, the a report from the coroner’s office indicated that “drownings on the American River are two times higher than average in the last decade.”

In addition to stronger currents, a report from ABC News also emphasized that drought conditions can push debris, trees, and rocks closer to the surface of rivers and lakes. As such, both swimmers and boaters can be at greater risk of an accident in the water.

Accidental Drowning Statistics: What You Need to Know

What should you know about unintentional drownings? According to a fact sheet from the Centers for Disease Control and Prevention (CDC), about 10 people die each day in an accidental drowning, and about 20 percent of those victims are kids under the age of 15. In other words, the number of drowning deaths in the country is higher than many people might think. It is actually the fifth-leading cause of unintentional injury death in America.

The CDC provides some important statistics concerning risk factors for drowning, as well as tips for preventing an accidental death:

If a family member suffered an accidental drowning, you may be able to file a claim for compensation. You should discuss your case with a San Diego accident lawyer as soon as possible. Contact the Walton Law Firm today to find out more about how we can assist you.