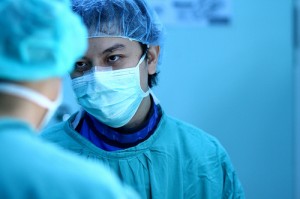 As you might recall, California currently has a cap at $250,000 for damages connected to pain and suffering.  In other words, a jury cannot award more than that amount for pain and suffering sustained because of medical malpractice.  Many Californians don’t believe this cap is sufficient.  In particular, Consumer Watchdog, a Santa Monica-based organization, has been at the center of the current ballot initiative, which is also backed by trial lawyers, according to the article in Reuters.

What would the ballot initiative achieve?  The advocates at Consumer Watchdog are hoping to raise the damages cap to $1.1 million—a number that “would more than quadruple the amount of money a patient could be awarded for pain and suffering in a malpractice case.”  In short, raising the damages cap is patient-friendly goal.  The backers of the initiative have collected 840,000 signatures, which is far more than the 505,000 signatures required under California law to “get it on the ballot.”

In February, state senate Democratic leader Darrell Steinberg introduced a bill concerning the medical malpractice damages cap that would have “avoided a costly and ugly battle between doctors and lawyers over the ballot initiative,” Reuters reported.  The compromise proposed by Steinberg would have raised the damages limit to $500,000 under California’s Medical Injury Compensation Reform Act (MICRA).  According to Steinberg, the $500,000 compromise would still be “far below the rate of inflation since MICRA became law 39 years ago.”

While representatives for both lawyers and doctors seemed like they “were close to agreeing on the deal proposed by Steinberg,” it turned out that “talks fell apart,” forcing Consumer Watchdog’s hand with the ballot initiative.  Without a legislative compromise, the medical malpractice cap is going to go to the voters.  Consumer Watchdog is joined by Consumer Attorneys of California.

According to an article in the Washington Post, “the most expensive race of 2014 could be this California ballot measure.”  Indeed, the article described the ballot initiative as one that “pits doctors against trial lawyers in a high-stakes political death match.”

It will be important to follow the ballot initiative closely, as it could have serious implications for medical malpractice lawsuits throughout our state.  If you have sustained because of medical negligence, contact us today to learn more about filing a claim for financial compensation.