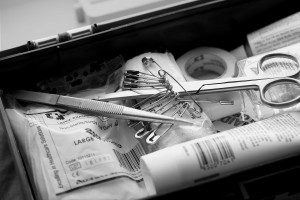 Does the failure to maintain a patient’s privacy ever rise to the level of medical negligence? According to a recent article from NPR, disclosing a patient’s health history under certain circumstances may in fact be grounds for a medical malpractice claim. What do you need to know about your privacy rights as a patient? When might a physician’s violation of those privacy rights lead to a successful lawsuit?

Breaches of Patient Safety May Amount to Medical Malpractice

Depending on the state you live in, courts may be more or less willing to consider a breach of privacy in relation to a medical negligence claim. Although California has not yet provided such a ruling, that fact alone does not mean that patients in our state should feel as though they do not have certain rights to privacy that patients in other states maintain.

For example, just this past summer, a patient filed a claim against UCLA and the Regents of the University of California due to a breach of privacy, according to the NPR report. What harm had the patient suffered? She argued that “a romantic rival accessed and shared her medical records.” The NPR article noted that “the rival was a temporary worker in the hospital of a private practice physician affiliated with UCLA’s Santa Monica Office,” and the “doctor acknowledged improperly sharing his password.” The jury in Los Angeles did not find in favor of the patient, but she had already settled out of court with the physician. Subsequent claims in California could ultimately turn out differently, with a jury awarding damages to an injured plaintiff.

Unlike the California court decision, courts in Indiana have been particularly “receptive to such arguments” about patient privacy. Patient advocates contend that more states should behave like Indiana, emphasizing to patients that their privacy rights are important and that healthcare providers will be held liable if they breach those privacy rights.

According to one advocate, “privacy protections should be the same regardless of what state you’re in.” Indeed, he underscored, “there is something wrong with an employer providing the means, providing the access, and providing the tools by which an employee can commit this crime and then being able to hold up their hands and say, ‘It’s not our fault.’ Should federal laws come into play? Or would a larger look to federal protections undercut state laws concerning medical malpractice?

Some patient safety advocates argue that medical data breaches are nationwide issues that can involves hundreds—or even thousands—of patients. The federal Office for Civil Rights has looked into large-scale breaches of medical data already. Under current law, healthcare providers are required to notify the Office for Civil Rights “within 60 days of breaches affecting at least 500 people.” In addition, healthcare providers are required to “share details with the media and contact those potentially affected.” Thus far, the Office for Civil Rights has looked into cases even when there has been no clear “demonstrable real-world harm” to the patient. In the last six year, the office has gotten information concerning approximately 1,400 large-scale data breaches.

What happens when smaller patient data breaches impact individual plaintiffs? It may be possible for patients who have suffered breaches of confidentiality to file medical malpractice claims. You should speak with an experienced San Diego medical negligence lawyer about your case. Contact the Walton Law Firm today to learn more about how we can help.