A new device that tracks and locates retained objects (surgical items left inside a patient after an operation) is getting attention. The RF Surgical Detection System uses a wand to scan the surgical area to find any tagged items that might have been left inside the patient. Tags are small seed-like items that are embedded in gauze and surgical sponges.

According to the New England Journal of Medicine a major hospital can expect to have one or more cases of retained objects per year. Those figures however, were based on actual medical malpractice claims, so the real number is probably higher. It is generally believed that an object is left in the body in 1 of every 8,000 surgeries, the most common item being the surgical sponge.

Most hospitals rely on a counting system. Nurses count the number of sponges that are being used in a procedure, and then make sure they have the same number of used sponges in sight before closing the patient. If the count doesn’t match, then the patient cannot be closed. Sometimes, however, nurses count incorrectly (or forget). 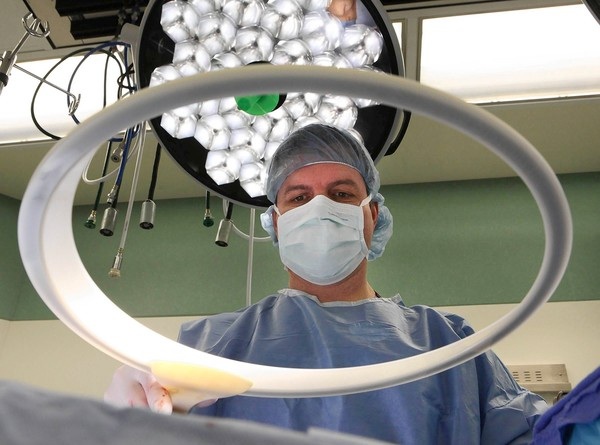 “With this system, if that should ever happen and the count still comes out correct, you still are able to wand the patient,” said Kim Stache, administrative director of surgical services at Edward Hospital in Naperville, Ill., which started using the system in December. Because of the RF seed, if there is still a sponge in the body or the opening, it would beep at us to let us know, hey, there’s still something in the wound.“

Currently more than 100 hospitals are using the system, which costs about $15 per surgery. The results have been generally positive.

The accident and injury lawyers at Walton Law Firm represent individuals who have been injured in all types of accidents, including auto accidents, worksite injuries, pedestrian injuries, construction accidents, property injuries, and malpractice matters. Call (760) 571-5500 for a free consultation.