In the past, motorcycle riding was considered the domain of the young. Men in their teens and 20s, under the influence of testosterone, riding motorcycles as much for image as for transportation. That has changed dramatically in recent years. In growing numbers, men over 40 years old are buying – and crashing – motorcycles throughout the United States.

The statistics bear this out. In 1985 the median age of a motorcycle owner was 27 years old. By 2003, it had risen to 41. The reasons for the rise are many, but usually attributed to a disposable income enjoyed by many baby-boomers and an image-conscious society who refuses to get old. Whatever the cause, a reality probably not mentioned at the motorcycle dealership is that someone over 40 does not have the same ability to handle a powerful bike as someone in their 20s. 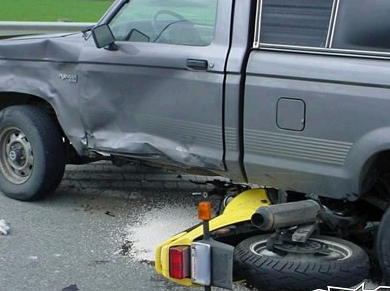 Only a decade ago, less than 20 percent of motorcyclists killed in the United States were between the ages 40 to 49. In 2007 that number rose to 23 percent, according to the National Highway Traffic Safety Administration. Individuals who die in motorcycle accidents between the ages of 50 to 59 have also increased dramatically in the last decade, rising from 10 percent of all motorcycle fatalities to 18 percent.

Thomas Velky, M.D., a trauma surgeon in Escondido, says that hospitals around the country are seeing and treating a growing number of baby boomers that have been injured in motorcycle accidents. At Palomar Medical Center in San Diego County, nearly half of all those treated for motorcycle accident related injuries in 2006 were over the age of 40.

Not all motorcycle accidents are caused by the rider. Walton Law Firm LLP represents riders who have been injured do to the negligence of others. If you have a question about a motorcycle accident, visit our Auto/Motorcycle Accident page, or call us at (866) 607-1325.