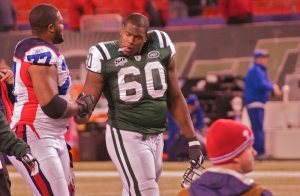 For youth athletes or college football players in San Diego County, it is important to understand the potentially hazardous effects of enduring a hit to the head during practice or play. A sports-related concussion can lead to long-term consequences, and may impact the likelihood of the player developing chronic traumatic encephalopathy (CTE) later in life. While we know that mild traumatic brain injuries (TBIs) like concussions can have serious effects, we still do not know precisely how a hit to the head impacts a player’s brain at the time of the hit. However, according to a recent article in The New York Times, a newly developed mouth guard with motion sensors may help to clarify the process of sustaining a concussion.

What Happens to a Brain After a Hit to the Head?

As the article clarifies, the information researchers have used primarily in determining what happens to a brain during a hit to the head has been acquired through helmets that have sensors in them. However, this technique has proven to be somewhat problematic because “the helmet can move independently of the skull.” According to Dr. Robert Cantu, a clinical professor of neurosurgery at Boston University’s School of Medicine, “the forces you’re measuring with those are not really exactly what the brain is seeing.” As such there was an urgent need to develop a new kind of technology that could more accurately record the effects of a hit to the head on a player’s skull.

To address this need, David Camarillo, a bioengineer at Stanford University, developed a mouth guard with motion sensors along with his research team at the Cam Lab. Camarillo and other researchers “have speculated that the most damaging blows are those that cause the head to snap quickly from ear to ear . . . or those that cause a violent rotation or twisting of the head through a glancing blow.” Since the wiring of the brain runs, in effect, from left to ride instead of front to back, the direction in which a player is struck in the head can have dramatically different consequences. According to Camarillo, “in football, the presence of the face mask can make that sort of twisting even more extreme.”

The data from the mouth guard sensors was used to demonstrate what happens to a football player’s brain when taking a hit to the head from the side—the more damaging of the types of hits a player can sustain. The researchers found that a “wave-like stretching throughout the brain’s tissue” occurred, and that “the tissue continued to stretch throughout the brain even in the moments after impact.” And even less-invasive hits that do not concuss the player can, over time, contribute to serious damage to the brain.

What does this research mean in the short term? In short, the way in which football helmets currently are constructed is insufficient to protect the brain from concussions and CTE. As Camarillo explains, he and his research team hope that, with additional research, helmet design will change to better protect players.

At the Walton Law Firm, we are committed to helping San Diego County residents who have sustained brain injuries. An experienced brain injury lawyer in San Diego can speak with you about your case today. Contact us for more information about our services.