Each year, the U.S. Food and Drug Administration (FDA) sees hundreds of applications for new medications. In many cases, the FDA will reject the drug due to, among other reasons, product safety concerns. According to a recent article in Fierce Biotech, the FDA recently put its seal of approval on flibanserin, “a first-of-its-kind pill designed to boost women’s sexual desire, but not without sticking a black-box safety warning on the twice-rejected drug.” In other words, the FDA previously rejected flibanserin upon two separate applications, and it has now only approved the drug with significant safety warnings attached. 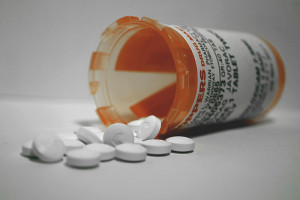 First Drug of Its Kind Comes with Significant Side Effects

The recently approved drug, flibanserin, was manufactured by Sprout Pharmaceuticals and will be sold under the brand name Addyi. It’s designed to “help premenopausal women diagnosed with hypoactive sexual desire disorder (HSDD) regain their sex drives by boosting dopamine and norepinephrine levels in the brain.” When the FDA previously rejected the drug, it emphasized that some serious safety issues existed with the medication. Taking note, Sprout Pharmaceuticals conducted more studies and has now seen the drug approved for consumer use.

Yet the drug does come with some serious side effects, including the risk of “severe low blood pressure and fainting spells.” And drinking alcohol substantially intensifies this problem. Indeed, the FDA has insisted that healthcare professionals who prescribe Addyi should “assess the likelihood of the patient reasonably abstaining from alcohol” before actually prescribing the medication. Physicians who could end up prescribing Addyi will be required to complete a training program, the article reported.

Due to its problematic interaction with alcohol, the FDA has also required the drug’s manufacturer to “conduct three post-marketing studies to shed light on how the drug is interacting with alcohol in real-world settings.” Sprout Pharmaceuticals also has agreed to wait for eighteen months before advertising Addyi.

The drug actually was invented a number of years ago and received its first rejection from the FDA in 2010. Before its rejection, it had undergone two Phase III trials, and it “did chart a statistically significant improvement in desire as measured by the Female Sexual Function Index (FSFI).” However, when patients in the study tracked their sexual desire in a daily electronic diary, Addyi failed to “significantly beat out placebo.”

A second rejection followed the first, even after Sprout Pharmaceuticals noted modest effects of the drug. The FDA cited “skepticism about FSFI and a bevy of safety issues” when Addyi received its second rejection. Last year, however, Sprout ran Phase I trials that were “designed to address concerns about Addyi’s interaction with other drugs and its effect on patients’ ability to drive the morning after use.” This time, the FDA voted in favor of approving the drug.

Some commentators argue that the drug’s previous rejections may have had less to do with harmful side effects and more to do with social stigma and issues of gender equality. As one advocacy group pointed out, “the FDA has approved more than 20 drugs for erectile dysfunction but never [before] cleared a treatment for female sexual desire disorder.” Janet Woodcock, the FDA drug approval chief, emphasized that the FDA is thinking deeply about women’s health issues and is “committed to supporting the development of safe and effective treatments for female sexual dysfunction.”

Addyi won’t go on the market until October. Will the potentially hazardous side effects of the drug result in patient injuries and a safety recall, or will those possible side effects remain present in only a small percentage of women who take the medication? We’ll have to wait and see. In the meantime, if you or someone you love suffered an injury after taking a medication, you should discuss your case with a dedicated San Diego product liability lawyer.

Car Recalls: What Should You Know?