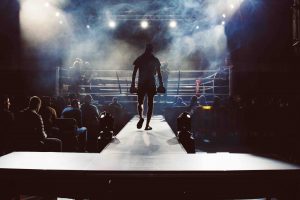 More precisely, “retired fighters had the most significant volumetric declines in the right hippocampus and in the left amygdala compared with controls, which could be the result of a progressive neurodegenerative process like chronic traumatic encephalopathy . . . or Alzheimer’s disease.” As Bernick clarified, the study suggests that health care providers may be able to use MRI imaging to measure the volume of a person’s brain region after sustaining repeated hits to the head, and certain types of brain volume loss in particular regions of the brain may be signs of CTE or other degenerative diseases. The results of the study appeared in the journal Neurology.

Bernick emphasized that, although the findings could be significant, there is a need for further research and “validation in other cohorts.” Bernick suggested that the type of study he conducted along with other researchers be tested on others who often sustain repeated head injuries, such as service members in the military or athletes who play contact sports like football or soccer.

While CTE cannot be diagnosed definitively while a person is living, studies like the recent one reported by MedPage Today suggest that there are potential methods for health care providers to identify early signs that CTE and other degenerative brain conditions may result.

In addition, the Mayo Clinic cites some of the following as possible symptoms of CTE:

Many traumatic brain injuries occur because of another party’s negligence, from head trauma in car crashes to recreational sports. If you or someone you love recently sustained a concussion or another type of TBI, you may be eligible to file a claim. An experienced Poway brain injury attorney can speak with you today about your case. Contact the Walton Law Firm for more information about our personal injury services.