Medical research involving brain damage has increased dramatically in the past few years, and researchers have begun to learn more about the long-term effects of traumatic brain injuries (TBIs). Recent studies reported in U.S. News & World Report suggest that athletes and soldiers may be at even greater risk of memory loss and harmful behavioral changes than originally thought. While the Brain Injury Association of California and other advocacy groups engage in awareness work throughout our state, brain injuries continue to plague many California residents. 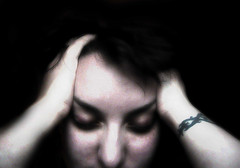 If you or a loved one have suffered a mild or severe brain injury, it’s important to speak to an experienced California brain injury lawyer. In many cases, another person’s negligence may have caused your injury, and you may be eligible to seek compensation.

A November article in U.S. News & World Report reported on new brain injury research that showed a link between TBIs and later-life memory problems. The study appeared in JAMA Neurology. It used new brain imaging technology that’s known as positron emission tomography (PET), and the study revealed that persons who had suffered a traumatic brain injury even early in life developed certain “plaques” in their brains that mimicked those typically seen in Alzheimer’s patients. These plaques are amyloid deposits, and according to the study’s author, Dr. David Menron, “these deposits can show up within hours of the blow to the head.”

Previous studies had emphasized a possible link between TBIs and memory problems down the road, but there remains no definite link between the two. Even the results from the new brain scan technology need to undergo further scrutiny. According to Menon, “patients can be imaged with PET to detect early amyloid deposition, and then followed up to see whether this early amyloid deposition resolves, whether it recurs, and how these processes relate to later cognitive mental decline.”

This new research can tell us, however, that harder blows to the head do result in more Alzheimer’s-like plaque in the brain. Menon explained, the “greater the blow to the dead, the more amyloid plaque accumulation and dementia risk was seen.” While this study didn’t include athletes, on average the participants were in their 30s. The connection between younger brains and dangerous amyloid deposits strikes other researchers as particularly relevant to many different brain injuries in athletes and other younger adults. Indeed, a former sideline physician with the N.Y. Jets emphasized that “this type of imaging may potentially play a role in helping to understand how traumatic brain injury affects the brain and serve as a marker to evaluate such patients over the long term.”

The PET study makes clear that there’s a potential connection between memory loss and TBIs. Another recent study from HealthDay News suggested that even mild brain injuries produce long-term effects. Studying soldiers who suffered brain injuries from blasts, the new research revealed that a “special type of MRI called diffusion tensor imaging” highlights the changes salient changes in the brain.

Previously, medical professionals found it difficult to study mild brain injuries caused by explosions, as standard CT and MRI scans couldn’t provide sufficient information for researchers to determine brain problems later in life. Now, the new MRI technology has shown “significant differences in the brain’s white matter” in veterans who have experienced minor brain injuries. This part of the brain “consists mostly of signal-carrying nerve fibers,” and changes within it are “linked with attention problems, delayed memory and poorer psychomotor test scores.”

What’s the key takeaway here? Equipped with new medical technology, medical researchers are beginning to discover that both mild and severe brain injuries, whether one-time or recurring, can produce serious long-term effects. If you or a loved one have sustained a brain injury, you should seek legal counsel. You may be eligible for financial compensation, and the California brain injury attorneys at the Walton Law Firm can discuss your case with you today.