After the family of a former San Diego Chargers linebacker filed a brain injury lawsuit against the National Football League (NFL) earlier this year, we’ve been keeping you up to date on the status of a massive NFL concussion lawsuit involving more than 4,500 former players and their families. As of just last week, the players and the NFL reached a settlement for $765 million in medical costs and related research, according to an article in Forbes.

But is the payout really sufficient when we think about the brain injuries suffered by so many former players? Or does the payout indicate that the league did in fact have a duty to warn players about the dangers of multiple concussions and the long-term effects of traumatic brain injury? 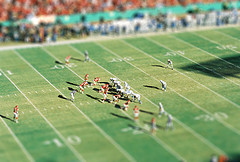 History of the Lawsuit

As a quick recap, Junior Seau’s family filed a wrongful death lawsuit in the California Superior Court in after discovering that Seau’s death may have been related to chronic traumatic encephalopathy (CTE), a condition that arises from multiple concussions and can cause severe depression, irrational mood and behavior swings, and a number of other serious symptoms. As of now, medical advances only allow physicians and scientists to diagnose CTE posthumously—that means players and their families can’t find out if they suffer from the disease until it’s too late.

At the same time, many commentators hoped that the Seau lawsuit, which was eventually consolidated in a Philadelphia superior court and has been ongoing since last spring, would at least place the blame on the NFL and its failure to alert players to the lifelong dangers of repetitive head injuries. After Seau’s family filed their claim, many other players and their families began to come forward, blaming the NFL for the injuries associated with multiple concussions and traumatic brain injury.

By August, the U.S. District Court judge presiding over the case ordered the parties to mediation. Judge Anita Brody indicated that she hoped the mediation would bring the sides closer to an agreement. Now that the parties have settled, Brody won’t have to rule on the NFL’s motion to dismiss. However, the settlement raises new questions about brain injury lawsuits in California and across the country.

Who Won in the NFL Settlement?

According to the article in Forbes, there’s “no question about it: the players settled for far too little.” Indeed, based on the settlement number, “individual awards will be capped at $5 million for players suffering from Alzheimer’s disease, $4 million for deaths from chronic traumatic encephalopathy, and $3 million for those suffering from dementia.”

If you look at the average payout per person, it’s only about $166,000. That’s an incredibly small number when you consider the very costly treatments associated with traumatic brain injuries. As the Forbes article indicates, “that kind of money is a lot to scoff at because treating and managing significant and complex medical conditions can quickly eat away at patients’ and their relatives’ savings accounts.” For specialized care in a nursing facility, costs often exceed $80,000 per year. The average payout per person won’t even begin to provide for the medical treatment and care that these players will need in the course of a lifetime.

What’s worse is that the settlement likely means that the NFL won’t have to “disclose any internal files about what it knew, and when, about concussion-linked brain problems,” according to NFL.com. Fortunately, however, commentators believe that the NFL settlement isn’t going to bring any safety issues “to a close.” Indeed, research continues, and scientists are urging players to press their coaches and leagues about important safety issues in order to “keep the risks lower and the brain damage to a minimum.”

The NFL settlement might be characterized as a loss for the players who continue to suffer from traumatic brain injury. However, as researchers continue to look into the problems associated with CTE and other concussion-related diseases, sports players should know that they might be eligible for compensation. If you or a loved one has suffered after experiencing multiple concussions or other traumatic brain injuries, contact the experienced brain injury attorneys at the Walton Law Firm today to discuss your case.