Stemming from a San Diego dog bite injury case that occurred on June 18, 2011, Alba Corenlio and Carla Cornelio, owners of the pit bulls that mauled an elderly neighbor, are expected to stand trial for manslaughter, a felony charge of owning mischievous animals that caused a death and six misdemeanors relating to the attack. According to an article in the U-T San Diego, 75-year-old Emako Mendoza was viciously attacked by the two pit bulls when she went to the backyard of her home to get her morning newspaper. Mendoza lived next door to the Cornelios in Paradise Hills. The two pit bulls had gotten into her yard through a gap in the fence. After the attack, the two pit bulls and their three-week-old puppies were euthanized.

The attack was so severe that Mendoza’s left arm and leg left had to be amputated. The vicious attack had also caused her to suffer a heart attack. Months of rehabilitation did not improve Mendoza’s condition. She died on December 24, 2011.

This particular situation led Mendoza’s surviving family members to file a wrongful death claim. As our San Diego wrongful death attorney knows, the probable argument that the Cornelios will assert in defense to a wrongful death claim is that Mendoza’s death was not caused by the dog attack. Instead, they will argue that her death was likely caused by pre-existing conditions related to heart complications and her old age. Furthermore, the Cornelios will likely argue that the lapse in time from the date of the attack to the date of death proves that the dog attack was not the direct cause of Mendoza’s death. Therefore, because the element of causation is missing, Mendoza’s surviving family members shouldn’t successfully assert a wrongful death claim. However, the Cornelios argument will quickly be dismissed once results of the autopsy are admitted into evidence. The medical examiner determined that Mendoza’s cause of death was “complications of dog bite injuries.” 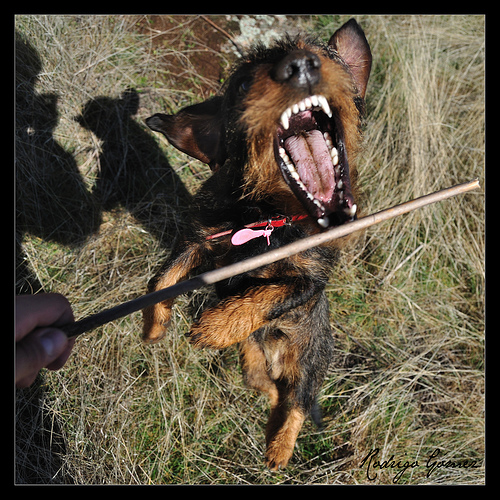 The Cornelios will likely pose another seemingly plausible argument in their defense. They will likely argue that they should not be held legally responsible for Mendoza’s death because pit bulls are domesticated animals, and the rule is that owners of domesticated animals cannot be held liable for injuries caused by such animals. Assuming that the court considers a pit bull to be a domesticated animal, the Cornelios may be successful in their argument. However, as our Escondido dog bite lawyer is well aware of tort law, there is an important exception to this rule. If the owner of a domesticated animal has knowledge of the animal’s vicious propensities, then he or she will be liable for any injuries caused. Earlier hearings in this particular case have revealed that the Cornelios had knowledge that the dogs were dangerous because they had attacked a man walking his puppy on Christmas 2010. Thus, the Cornelios desperate hope of being released of any legal responsibility will likely be dismissed.

As demonstrated by this particular incident, a seemingly simple case in actuality contains several strands of legal complexities. Therefore, it is important to have a Oceanside personal injury lawyer help protect the legal rights of those who have suffered injuries in any kind of accident. Please contact our personal injury lawyers at Walton Law for a free consultation.