Many Californians are wondering about the outcome of a ballot initiative to raise the damages cap in medical malpractice claims. If the proposed legislation goes through, California residents who sustain injuries because of medical negligence will be eligible to obtain up to $1.1 million in certain compensatory damages, as opposed to the current cap at $250,000. But what types of medical errors usually result in medical malpractice lawsuits? 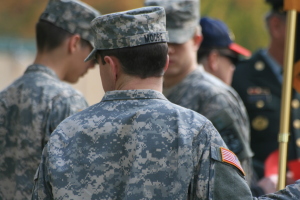 According to a recent article in the New York Times, military hospitals that care for about 1.35 million active-duty service members and their families show “signals of failing in a system” of care.  What is wrong with these hospitals? Investigators for the New York Times identified two major issues.

The first issue was size. The hospitals are so small, and so few patients use them, that “it compromises the ability of doctors and nurses to capably diagnose and treat serious illnesses.”

The second issue was underuse. About two-thirds of military hospitals served only 30 patients or fewer per day in 2013, and many served 10 or fewer patients each day. To put this number in perspective, the highest number of inpatients is still “less than a third as many as the typical civilian hospital. That means about half the beds in these military hospitals remain vacant on a daily basis.

According to Dr. Lucian L. Leape, a patient safety expert at the Harvard School of Public Health, these hospitals “should be outlawed.” The Pentagon is planning to scale back on the military hospital system, thus encouraging patients who would otherwise enter the doors for surgery or treatment for a serious illness to visit a civilian hospital instead. What will happen to the hospitals? Many will be converted into outpatient clinics or birthing centers.

The New York Times report emphasizes the serious problems these hospitals experience in relation to maternity patients and birth injuries or birth defects. The following birth injuries occur with much more frequently at military hospitals:

Birth-related injuries are not the only ones that patients are at risk for at military hospitals. The article also demonstrates higher rates of injury during even routine surgeries, such one to correct a hiatal hernia. Although more than 25,000 Americans undergo this surgery each year, one patient at military hospitals lost her stomach as a result of a medical error. Another example involves the six-year-old son of a Navy officer who suffered fatal injuries after receiving improper treatment at a California military hospital.

Some commentators suggest these high rates of injury are caused by a lack of training for young doctors at these facilities. Other suggest that limited financial resources are to blame.

If you or a loved one suffered personal injuries because of a medical professional’s negligence, it is important to talk with an experienced San Diego medical malpractice lawyer. Given the recent focus on raising the damages cap, you may be eligible to receive substantial compensation for your injuries.