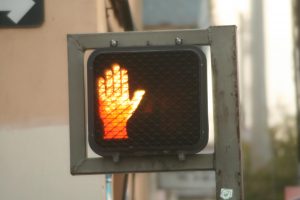 How often do pedestrian accidents, in particular hit-and-run collisions, occur in the San Diego area? According to a recent report from The San Diego Union-Tribune, a hit-and-run pickup truck driver recently struck a pedestrian who had been stopped to help a motorist on the shoulder of a Carlsbad freeway. The report indicates that the victim was a 48-year-old man from Tijuana, and his injuries were so severe that he may not survive.

How did the pedestrian accident happen? According to the report, the victim “parked on the shoulder of northbound Interstate 5, south of Palomar Airport Road, to assist a friend whose vehicle was disabled.” At the time of the crash, he had been standing in front of his own vehicle. The pickup reportedly “veered onto the shoulder and hit him.” California Highway Patrol Officer Jim Bettencourt indicated that, after striking the victim, the driver of the pickup truck simply continue driving before taking an exit onto Palomar Airport Road.

Emergency medical responders arrived at the scene and rushed the 48-year-old Tijuana man to a nearby trauma center to receive medical attention for “life-threatening injuries.” The police in Carlsbad have joined forces with the California Highway Patrol to search for the pickup, but neither the vehicle nor the driver in the hit-and-run collision have been located.

What should San Diego-area residents look for in order to help? Authorities believe the vehicle was a “newer-model, white Toyota Tacoma.” They also indicated that it would have damage from the collision, “on the right front and possibly the right side.” There is also a possibility that the pickup truck would have gotten a flat tire on the vehicle’s right side. Unfortunately, there is no detailed information available about the driver.

The most recent hit-and-run accident is only one in a series of severe crashes that have resulted in life-threatening and fatal injuries to Southern California residents over the last several years. An article in USA Today described the number of hit-and-run crashes in Southern California as reaching “epidemic proportions” in recent years given the 13.7% increase in these accidents between 2009 and 2011. According to that article, about 60% of victims in hit-and-run collisions are pedestrians.

What can pedestrians in San Diego do to help avoid a serious accident? The Centers for Disease Control and Prevention (CDC) emphasizes the importance of understanding risk factors, which include:

Hit-and-run accidents can result in serious and sometimes fatal injuries. If you or someone you love recently sustained injuries in a hit-and-run accident, you should discuss your options with an experienced San Diego pedestrian accident attorney. Contact the Walton Law Firm today for more information.