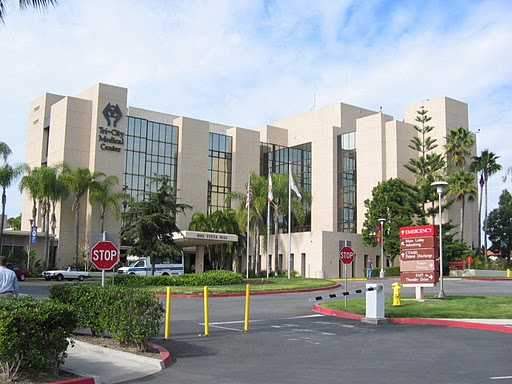 Tri-City Medical Center is probably in the news way more than it wants to be. For the last few years, the hospital has been the subject of much turmoil, from serious budget problems, to battles with unions, but it had hoped to move beyond all of that a year ago when it hired Larry Anderson as its CEO. Anderson had a track record of turning troubled hospitals around and making them profitable.

Last week, however, that all changed when Anderson was fired, then rehired in a 24-hour period. On Monday the board of directors voted 4-3 to oust Anderson, and then reversed itself the following day, allowing Anderson to stay on until August, when his job performance is scheduled to be reviewed.

Anderson spoke to the North County Times about the turmoil, and said his flirtation with unemployment was due to fundamental disagreements over recent business deals he has entered into on the hospital’s behalf. One of those deals addresses how uninsured personal injury victims would be treated, and how the hospital could be compensated.

Personal injury lawyers throughout North County will tell you that it is not uncommon to have legitimate personal injury clients without medical insurance call for legal advice. It’s a conundrum. These folks (most of them fully employed) have good cases, need non-emergent medical help, but have no insurance and no family doctor. Yet the insurance company of the negligent actor that caused the injury (auto insurance, homeowner’s insurance, etc.), won’t pay a claim until the injured party has completed medical treatment. What do most attorneys do? The either try to find a doctor that is willing to treat the client on a lien, or send them off to the emergency room.

This is where Anderson got it right, but where he has ruffled feathers. He entered a deal with a company called Medical Acquisitions Corp., which will underwrite the medical expenses of individuals with valid personal injury claims, then, when the case resolves and the victim is compensated, the cost of medical care will be reimbursed to the hospital. This is a way to recoup costs for treatment that would otherwise have been provided to a patient without any ability to pay. Tri-City hospital provides about $20 million in care to individuals who are uninsured. A certain percentage of those are accident victims who arrive at the hospital without insurance, but who the hospital will provide care. This program at least provides a chance that the hospital will get compensated for some of the care.

Board member Ron Mitchell, without explanation, thinks it’s not “ethical” for a community hospital to be in “this type of business.” But Anderson sees a way for his hospital to get compensated. Regardless of what one thinks of personal injury claimants (and, ahem, their attorneys), this is simply smart business.

The North County accident and injury lawyers at Walton Law Firm represent individuals who have been injured in all types of accidents, including auto accidents, worksite injuries, pedestrian injuries, construction accidents, property injuries, and malpractice matters. Call (760) 571-5500 for a free consultation.