When you take your child to see the doctor, do you worry about preventable medical errors? Most parents aren’t immediately concerned about the risks of surgical mistakes when their children go into the hospital for a routine surgery. Yet a recent article in MedPage Today indicated that pediatric medical errors happen much more often than most of us assume, and “nearly half” of them are preventable. 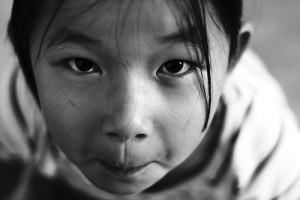 A pilot study developed a tool aimed at preventing medical errors in pediatric patients. The study recently determined that, when it comes to pediatric inpatients, “nearly half of the harms in patient charts were preventable.” The study looked at 600 different pediatric medical charts. Of those, 240 charts—or 45 percent of those in the study—had recognizable harms that researchers determined to be “potentially or definitely preventable,” according to one of the researchers. The study has been published in Pediatrics.

The authors of the study, including David C. Stockwell, the medical director of the Pediatric Intensive Care Unit at Children’s National Medical Center in Washington, developed the Pediatric All-Cause Harm Measurement Tool (PACHMT) in order to determine the causes of pediatric medical errors and whether they’re preventable. Specifically, the tool detects “triggers,” which the researchers define as “a medical record based ‘hint’ that ‘triggers’ the search of the medical record to determine whether an adverse event might have occurred.” In other words, the PACHMT allows researchers to search pediatric inpatients’ medical records to determine whether a medical mistake might have taken place.

The harms occurred in patients with hospital stays between 24 hours and 6 months, with a median stay of 4 days. The study data looked almost equally at male and female patients, whose median age was 4 years old.

Currently, the PACHMT isn’t perfect, as its developers have noted. And the study also had limitations, with a “relatively small sample size and the lack of two physician reviewers.” However, their study emphasizes how trigger tools, such as the PACHMT, can “lead to a better understanding of the epidemiology of harm in hospitalized children, as well as allow tracking of change with patient-safety-focused interventions.”

While some medical errors don’t result in serious harms, many medical mistakes lead to severe and even fatal injuries. If you or someone you love recently sustained injuries because of a medical error, you should contact a dedicated San Diego medical malpractice attorney. You may be eligible for financial compensation.