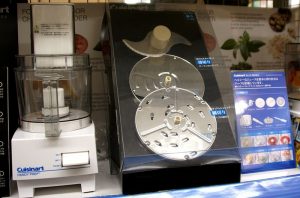 For any San Marcos residents who regularly use a Cuisinart food processor in the kitchen, it is extremely important to be aware of a recent product recall that could impact your family’s safety. In most households, we have come to expect that high-end kitchen appliances are safe for use. In particular, devices made by companies like Kitchenaid, Vitamix, and Cuisinart are supposed to provide decades of use as long as they are properly cared for by their owners. However, according to a recent article from ABC 10 News, the U.S. Consumer Product Safety Commission (CPSC), along with Conair (the maker of Cuisinart kitchen appliances), has issued a recall for millions of Cuisinart food processors.

What is wrong with these small kitchen appliances? They pose a risk of laceration, and dozens of consumers across the country have already reported suffering serious mouth injuries as a result of the product defect.

In the early weeks of the holiday season, Cuisinart and the CPSC issued a recall for nearly eight million Cuisinart food processors, reporting that the blades could be defective and could result in severe personal injuries. How did the company know about the problem with the food processor blades? It received reports from a wide variety of nearly 70 consumers who indicated they had found “broken blade pieces in their processed food.” Of those consumers, 30 of them (or about 43% of those who filed a report with Cuisinart or the CPSC) indicated that they had sustained “mouth lacerations or tooth injuries.”

Although much kitchen preparation and cooking takes place around the holiday season, just because we have already entered into 2017 does not mean you should avoid taking action on this recall. According to Elliot Kaye, the CPSC Chairman, Cuisinart food processors “are in millions of American homes, including my own.” He emphasized the need to heed the recall notice: “You find out that there’s a problem when you bite down and you cut your mouth and you break your teeth . . . . With all the cooking that’s going on this holiday season [and beyond], we’re really urging consumers to act immediately.”

Do not assume that your product was not affected simply because you have had it for years. The recall affects models that were made and sold between July 1996 and December 2015. In other words, a Cuisinart food processor that you have been using for the last two decades could cause serious injuries. If you do own one of the affected model numbers, you should stop using it immediately and should contact Cuisinart for a replacement blade.

If you or someone in your family suffered injuries caused by a defective product, a San Marcos product liability lawyer can help. Contact the Walton Law Firm today to discuss your case.

Dangerous Toys to Watch Out for in San Diego County