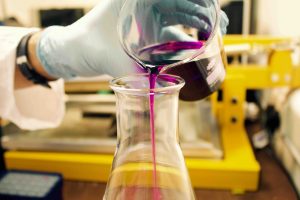 The 13-year-old student was in a Capri Elementary sixth-grade classroom shortly before school let out for the summer last June. The student and his other classmates were participating in a science experiment that is commonly known as “black snake” or “carbon snake.” The experiment involves igniting a mixture of baking soda and sugar, which results in the melted sugar pushing out and “forming a snake-like ash.” According to the student, the experiment was not working as it was intended, and he indicated that “the science teacher kept pouring more rubbing alcohol to make the flame build up more.” The student’s head and neck caught on fire, and students around him reportedly said, “he’s on fire.”

While this Encinitas case highlights a serious accident that happened right in Encinitas, it is certainly not the first of its kind. Shortly after Priest Rivera suffered burn injuries in Encinitas last June, a former high school student in New York won a $60 million verdict for a burn injury claim arising out of a chemistry classroom experiment. According to an article in The New York Times, in July 2019, a Manhattan jury found the New York City Department of Education and the student’s teacher “liable for an accident that left much of his body scarred from third-degree burns.

In a Beacon High School chemistry classroom, “a large fireball exploded when an experienced science teacher, Anna Poole, conducted an experiment intended to show how salts change color when exposed to methanol.” The experiment is commonly known as “the Rainbow,” and it is known to have caused at least two other accidents in science classrooms across the U.S. in recent years. The accident caused a large fire, and the student who won the lawsuit was “caught in the flames.” The third-degree burns were so severe that the student “is no longer able to sweat through some parts of his body.” He required “Extensive skin graft surgeries” and spent a total of five months in the hospital.

Burn injuries can have a variety of causes. If you suffered burn injuries caused by another party’s negligence, you should speak with a burn injury lawyer about your case. Contact the Walton Law Firm to learn more about filing a claim.

Recalled Instant Pots Could Cause Burn Injuries in Rancho Bernardo