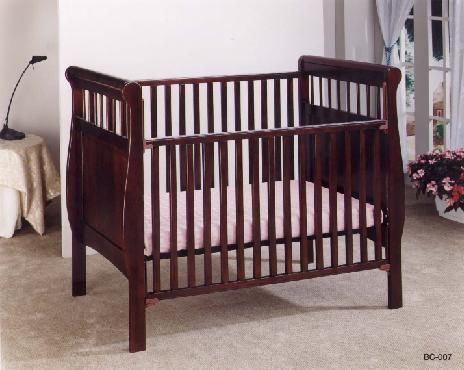 The Consumer Product Safety Commission has announced that six manufacturers of drop-side cribs will voluntarily recall more than 2 million baby cribs after more than 250 reports of malfunction. In 16 of the reports the infants were entrapped, and in one the child was rendered unconscious and hospitalized. No wrongful deaths have been reported.

“This new recall announcement is part of a larger effort by CPSC to clean up the marketplace from many of these unsafe cribs,” said CPSC Chairman Inez Tenenbaum. “Most of these recalled cribs have dangerous drop-sides, while the Delta crib can pose a danger to babies if the mattress support is installed incorrectly.”

Parents have been asked to stop using the following cribs immediately:

• Jenny Lind cribs with a drop-side that are distributed by Evenflo Inc.

With the CPSC’s announcement it brings the total number of drop-sided cribs recalled to 9 million over the past five years. At least 32 deaths of infants or toddlers have been reported to have been caused by drop-side cribs in the last decade, and number of serious injuries.

Drop-sides have been blamed in the deaths of at least 32 infants and toddlers since 2000. The cribs are suspected in another 14 infant fatalities during that time.

The Consumer Products Safety Commission can be found by clicking here.