A tragic San Diego bike accident took the life of a 30-year-old San Diego resident named Justin Newman this week, according to CBS News 8. Like so many other commuters do every day, Newman was riding his bike past several parked cars on a busy city street when a driver of one of the parked cars swung his door open directly into Newman’s path. Newman ran into the car door with his bicycle, lost control, and fell. When he hit the ground, he struck his head on the pavement, which caused trauma to his brain and ultimately resulted in his death. At the time of the incident, Newman was not wearing a bicycle helmet.

The devastating death of this young man raises many questions for his family. How could this have been prevented? Who is responsible? Losing a loved one is never easy, but it is even harder when it just did not have to happen. 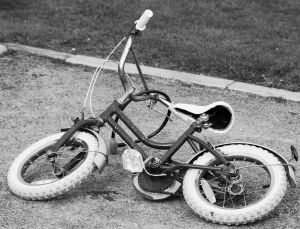 Our San Diego wrongful death attorney knows that in situations like this one, there are no easy answers for the grieving family. The law does not typically punish people as criminals for their acts of negligence, but those who are left behind often feel a natural desire to seek justice and to make the responsible party provide redress.

California law recognizes a legal concept known as negligence per se. Negligence per se basically allows for a presumption that negligence has occurred when the following conditions are met: (1) The defendant violated a statute; (2) the defendant’s violation of the statute caused injury or death to the plaintiff; (3) the statute was intended to prevent the kind of harm that actually occurred; and (4) the statute was intended to protect a certain class of people, and the plaintiff (or the person who was injured or killed) belongs to that class of people.

California does have a statute that prohibits motorists from opening “the door of a vehicle on the side available to moving traffic unless it is reasonably safe to do so and can be done without interfering with the movement of such traffic.” (Amended Ch. 162, Stats. 1963) The question that then arises is whether the statute was designed to protect the class of people, namely bikers, to which Newman belonged. Most reasonably observers would conclude that bikes make up such a big part of San Diego transportation that many would consider them “traffic,” but, on the other hand, an argument can be made that “traffic” should refer only to motorized vehicles. A San Diego injury attorney can help determine which interpretation is the one most likely to be accepted by the courts.

Even if this statute were to be found inapplicable to this situation, the motorist who opened his car door into Newman’s path still acted negligently, and his negligence was at least a significant cause of Newman’s death. The legal issues surrounding this and similar cases demonstrate the importance of speaking to a San Diego bike crash attorney before making any settlements or agreements with insurance companies. Remember that it is not in the best interests of the insurance companies to explain these issues to you. It is always best to speak to a lawyer who can explain your rights and make sure that they are fully protected.

Pedestrian Struck and Killed on Centre City Parkway in Escondido