In spite of ever-stricter laws, tough media scrutiny, and scores of groups dedicated to its eradication, the problem of drunk driving remains a huge public safety concern in California and across the nation. According to experts on the topic, drunk drivers kill an average of 12,000 people every year in the United States. That’s about 33 people a day. Our San Diego car accident lawyer knows that those figures do not even account for the many more people who are seriously injured in these accidents each and every day. 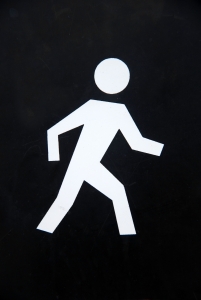 One such incident occurred this week right here in San Diego. Local television station News 10 reported that two young women were struck by an apparently drunk man around 2:30 a.m. on Friday as they were attempting to cross 63rd Street near San Diego State University. The two women were dragged about 30 feet by the vehicle before they were freed. The driver, upon realizing that he had hit them, pulled over and stopped his car. A witness to the incident approached the vehicle with the intention of ensuring that the driver did not try to run away and observed that the driver appeared to be intoxicated. Police were summoned to the scene, where they conducted a sobriety test and then arrested the driver.

There is never an excuse for driving while intoxicated. Anyone who drives drunk puts the lives of everyone else on the road, including pedestrians, at risk. Here in San Diego, in addition to public transportation options, there are even two companies – BeMyDD and Safe Ride Solutions – who provide driving services in which someone will actually come and drive the vehicle home so that the owner does not have to retrieve it the following day. These companies operate specifically to assist people who have had too much to drink and should not be driving.

Unfortunately, in spite of all the available resources, far too many drivers get behind the wheel when they should not, either because they think that they have not had too much to drink or because they simply do not think that anything will happen to them. Sadly, something often does happen, and many times, it involves an innocent victim who just happened to be in the wrong place at the wrong time, just like the young victims in this latest San Diego pedestrian accident.

If you have been injured by a drunk driver, you may be entitled to compensation for the harm you suffered. Our San Diego car accident lawyer would like to help you determine what your rights are and whether you are entitled to receive damages from losses you sustained. If you are in an accident and suspect the other driver may have been drinking, you should always ask the police to conduct a sobriety test. Being able to prove that the other driver was intoxicated is very helpful to your case. If you have already been in an accident, please call our office today to set up a free, no-obligation consultation with our San Diego accident attorney. He will discuss your case with you and assist you in deciding where to go from here. As with any kind of injury, injuries caused by a drunk driver should always be treated fully in accordance with recommendations by your doctor. Protect your health, and let us help you protect your rights.

Study Confirms No Amount of Alcohol Safe for Drivers