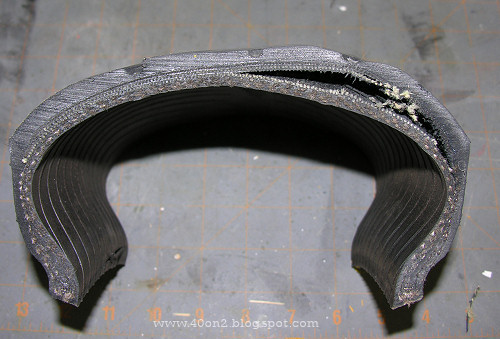 A San Diego jury returned a $14.4 million verdict this week in favor of three young boys whose parents were killed in 2006 in an auto accident in Arizona. The wrongful death verdict was rendered against Mossy Ford, after a jury concluded that the dealership’s negligence in performing a tire repair caused the fatal accident.

Adam Shea, one of the attorneys for the three young boys, ages 8, 5, and 3 at the time of the accident, argued that the Ford E350 van being driven by Casey Barber experienced tread separation on one of the tires while traveling on Highway 98 in Arizona. The tread separation, according to the plaintiffs, was the result of a faulty tire repair at the dealership. According to Shea, the dealership should never have tried to repair it. The jury agreed.

The case was venued in San Diego because that is where the defendant, Mossy Ford, is located. According to news reports, there were originally additional defendants, who paid $8.3 million in settlement prior to trial.

Randall Walton of the Walton Law Firm represents individuals and families who have been impacted by all types of injury-producing incidents, including auto accidents, product defect cases, assault and battery, wrongful death claims, worksite injuries, elder abuse and neglect, sexual molestation, pedestrian injuries, construction accidents, property injuries, and malpractice matters. Call toll free at (866) 607-1325 or locally at (760) 571-5500 for a free and confidential consultation.