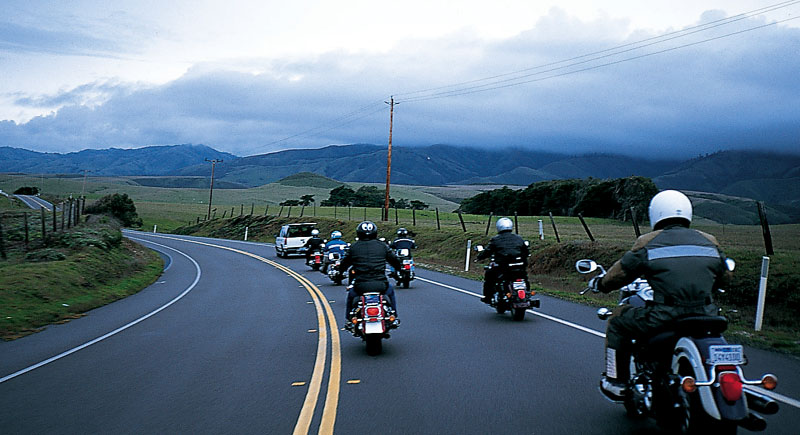 It goes without saying that there are serious risks associated with riding a motorcycle that other automobile drivers don’t face. The San Diego Union Tribune is out with an article about motorcycle safety after the terrible tragedy last week where four motorcyclists were killed on a group ride out in East County.

Motorcycle experts say that the tragic accident underscores the reality that traveling by motorcycle carries with it significantly more risk than traveling by car, and highlights the importance of maintaining a safe distance among other vehicles in the road in case there is a sudden emergency. While the riders involved in last week’s accident were, by all accounts, innocent victims of a reckless driver, it does provide an opportunity to revisit driving laws. Statistically, motorcycling still remains the riskiest way to travel.

The California Vehicle Code requires that drivers of any vehicle, motorcycle or other, to “not follow another vehicle more closely than is reasonable and prudent,” depending on speed, traffic and road conditions. What is reasonable has been defined as maintaining at least a two-second gap from the nearest moving vehicle for cars, and at least three seconds for motorcycles.

Whether traveling alone or in a group, “any time you can, you want to be as spread out as possible,” Robert Gladden, vice president of the Irvine-based Motorcycle Safety Foundation, told the UT.

The East County riders involved in the accident were doing everything right. The rode in a staggered formation, where the front wheel of each motorcycle was near and off to the side of the bike in front of it. That is the smartest way to ride in groups according to experts. Such a formation gives more visibility to the pack, and also provides an additional safety buffer.

In 2008, approximately 70,000 Californians took a 15 hour course in motorcycle riding safety, which is offered at community colleges around the state. Locally, the program is offered at Palomar College in San Marcos. [Click here for more information]
Source: San Diego Union Tribune

The accident and injury lawyers at the Walton Law Firm represents individuals and families who have been impacted by all types of injury-producing incidents, including auto accidents, motorcycle accidents, wrongful death claims, worksite injuries, elder abuse and neglect, sexual molestation, pedestrian injuries, construction accidents, property injuries, and malpractice matters. Call toll free at (866) 607-1325 or locally at (760) 571-5500 for a free and confidential consultation.