It’s January, and many of us are hard at work making changes in our lives to kick off the new year. Of course, one of the time-tests favorite resolutions is to improve physical fitness and get in shape. Many different methods are often employed to lose weight and get fit. The most popular options are almost always those that seem both fun and easy. For example, one supposedly easy way to get in shape that has captured public attention over the last few years is a new kind of shoes called Shape-Ups. Shape-Ups are manufactured by Skechers. They are claimed to boast a revolutionary new design that works muscles all over the lower body, helping wearers tone up and get a real workout just by walking around. 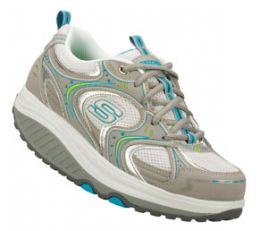 However, a San Diego personal injury law firm has filed a class action lawsuit on behalf of 37 people who claim that they were injured as a result of wearing the shoes. The types of injuries suffered vary, with some plaintiffs complaining of twisted or sprained ankles and torn ligaments, while others have suffered falls and broken hips while wearing the shoes. The design of the shoe differs from regular athletic shoes in that rather than being relatively flat on the bottom it has a bulging base that rolls the foot as the wearer walks.

The plaintiffs are alleging fraud, negligence, and other claims against Skechers. According to ABC 10 News out of San Diego, although the company did not comment on this lawsuit specifically, Skechers did previously release a statement in which the company said, “Millions of people wear Shape-Ups without experiencing (serious injuries).” However, according to the California personal injury lawyer who is representing the class of plaintiffs, there has been no indication thus far that Skechers conducted safety testing of the shoes prior to their release on the market.

The lawsuit will likely involve testimony by medical experts as to whether or not the Shape-Up shoes were indeed the cause of the plaintiffs’ various injuries. Ultimately, if it is determined that the shoes are responsible for the harm suffered by the plaintiffs, then Skechers could likely be found liable. Under California products liability law, when a manufacturer produces a product that is unsafe when used in an intended or foreseeable manner, the manufacturer is liable for the injuries that the product causes.

In addition to facing the lawsuit, Skechers may have to also deal with scrutiny from the federal government. The Federal Trade Commission, the agency responsible for consumer protection, has recently been looking into a similar product manufactured by Reebok. Either way, the lawsuit will likely make consumers think twice before they purchase Shape-Ups in the future. Our San Diego injury lawyers know that raising awareness of potentially dangerous products is one of many ways that the civil justice system acts as an important check on companies.

The injuries that form the basis of the suit, regardless of what proves to be the actual cause, are a good reminder to always get a doctor’s opinion before starting any kind of exercise program, even one that just involves a change in shoe. Our bodies are fragile, and changing the way that we work out can wreak havoc if we’re not careful.

Surfer’s Lawsuit Alleges Surfboard was Unsafe for Intended Use