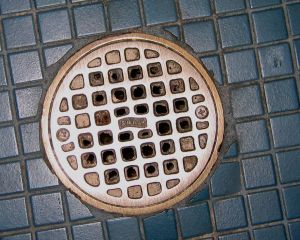 In early September of this year, a power outage occurred at a San Diego sewage treatment center. The outage caused a malfunction in the sewage treatment plant’s operations, which resulted in sewage leaking out into several San Diego area water bodies. As a result, miles of beaches had to be closed to the public because of the risk of water contamination leading to disease. When the leak initially occurred, the city of San Diego alerted the public, but they failed to provide accurate information as to the severity of the leak and how much sewage had actually escaped.

According to NBC San Diego, the city has now released an updated estimate of how much sewage leaked from the plant. Overall, the city is now reporting that approximately 3.5 million gallons of sewage leaked into various area bodies of water, including the Sweet Water River and the San Diego Bay. This number is 60% higher than what was originally reported.

In situations like this, it is hard to determine whether the initial reports were intentionally misleading or were just the result of miscalculations or mistakes. However, regardless of why the initial numbers were wrong, the fact remains that the spill was very hazardous to human health and life. Certainly, a big question going forward is how the city can change its plant’s operations in order to ensure that a mere power outage does not cause such a dangerous situation in the future. But for any victims who fell ill as a result of the San Diego sewage leak, the more pressing questions are why this happened and who was responsible.

Raw sewage contains a variety of bacteria, viruses, and parasites that can cause a number of different diseases and, in some cases, even death. This is precisely why the job that sewage treatment plants are supposed to perform is so important. Without being treated, the bacteria and viruses in raw sewage would live on and eventually contaminate water supplies and make a lot of people very sick. The types of illnesses and injuries that can result from exposure to water that is contaminated with sewage vary. Some of the symptoms associated with the more common diseases like Tetanus, Hepatitis A, and Leptospirosis include fever, chills, stomach cramps, muscle aches, headache, nausea, vomiting, and diarrhea.

The victims who were affected by this recent sewage leak should see a doctor immediately, especially if they have suffered any of these symptoms. Some of the illnesses caused by sewage leaks can continue to affect the victims for many years afterwards, so it is important for victims to identify whether or not they are still infected, even if their symptoms have lessened or gone away.

In addition, victims should contact a San Diego injury attorney to see if they have any rights against the city for the illnesses and injuries they have suffered. Our San Diego personal injury attorney at the Walton Law Firm is equipped to deal with toxic tort cases such as this one and to help the victims get the compensation they deserve. For cases against a public entity, California requires that notice of the claim be filed with the state within just six months of the date of injury. This does not leave much time for injured victims to file their claims, so be sure to contact our injury lawyer today so that you do not miss your chance to enforce your rights.