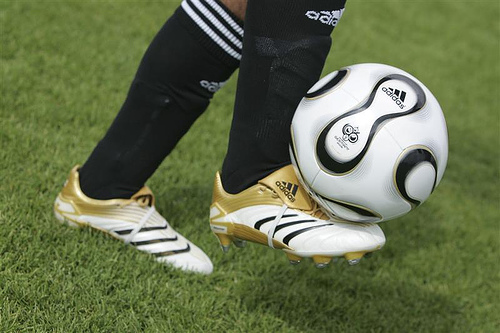 School sports waivers are commonplace in the life of a parent, but what exactly is signed away when you sign one? Have you ever taken the time to read the fine print? For example, as reported recently in an MSNBC article, did you know that thousands of high school sports waivers state that your child may lose the ability to “generally enjoy life” and that those damages may not be recovered in a subsequent legal case.

In order to discuss the sweeping terms of such school sports waivers it is best to start with a brief discussion of personal injury damages. As most San Diego personal injury lawyers will tell you, when someone is injured and blame is assignable to the defendant, various damages may be available. For example, the defendant may have to pay for the injured person’s medical expenses or for their future lost wages. These constitute “economic damages.” Beyond economic damages, some awards can also include non-economic damages, often referred to as “general damages” and primarily consisting of “pain and suffering” damages. The theory behind general damages is to compensate the injured party for physical, mental, and emotional suffering and/or distress from the incident.

Pain is the physical component of general damages. Pain damages can be awarded when the plaintiff suffers a broken bones, concussions, and permanent impairments. To show pain often the injured person’s testimony, medical records, and doctor testimony are used as evidence. The amount of compensation for pain is usually based on the nature, extent, and duration of the pain.

Suffering is the emotional/mental component of general damages. Some examples of suffering where damages can be awarded include shock, embarrassment, and/or loss of enjoyment of life. In the past few decades a new type of damages for this type of loss has been recognized in our courts. According to economist Stan Smith, who assists attorneys by creating formulas to determine damages to compensate for loss of life enjoyment, these damages are called “hedonic damages” or “loss of enjoyment of life (LEL) damages”. Smith was an expert witness in a 1985 case where LEL damages were awarded and subsequently upheld upon challenge. Ever since LEL damages have continued to be awarded across the country.

LEL damages are difficult to ascertain. The determination of amount of LEL damages is subjectively determined, and up to the jury based on the facts of the case and the objective evidence of the injury. In any event, if you or a family member is hurt by the negligence of another, it is important to retain counsel from a personal injury attorney who understands the wide range of damage awards available in these situations.

So, if your child was injured after signing a school sports waiver with a term voiding recvoery for losses stemming from an inability to enjoy life would that mean no LEL damages could be recovered? Not necessarily. Many contract terms using broad language cannot be used to avoid responsibility for negligence. Waivers are often “boilerplate,” including mass produced text that is then altered slightly to meet a school’s specific needs.

Unfortunately, even if not enforceable, many families may refrain from seeking legal help under the false assumption that signing such a waiver eliminates their legal rights. This may be a mistake. If your child has been injured in a school sport in our area it is always best to seek immediate help from a knowledgeable San Diego injury lawyer at the Walton Law Firm. Call (760)571-5500 or (866)607-1325 for a free consultation.