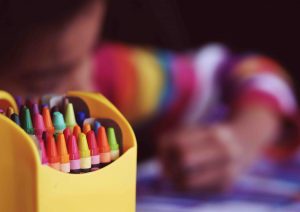 For families living in Carlsbad, it is extremely important to ensure that your children are wearing seatbelts and are properly restrained in the event of a car accident in Southern California. According to a recent report from NPR, 43% of kids who die in motor vehicle crashes are not properly restrained, which means that these children either were not wearing seatbelts at all or were not wearing seatbelts or other safety harnesses in the proper manner. What can parents learn from this information? It is extremely important to require your kids to wear seatbelts whenever they are in the car, and it is also necessary for parents to educate themselves about the proper restraints for children of all ages.

Traffic Accidents on the Rise

As the report explains, deadly traffic accidents are on the rise in the U.S., and many of them are preventable. In particular, in fatal crashes involving children, the simple act of properly restraining your child could prevent deadly injuries. We do know that some parts of the country have higher rates of child fatalities than others. All in all, however, more than 18,000 children across the U.S. were involved in car accidents between the years 2010 and 2014, and of those children, 15.9% died as a result of the car accident.

Where are the highest rates of child car accident fatalities? According to the report, 52% of kids involved in deadly collisions lived in the South. How does the San Diego area compare? According to a fact sheet from the California Office of Traffic Safety (OTS), young child car occupant deaths have risen in recent years in the state. Indeed, between 2013 and 2014, the total number of kids in California between the ages of 0-4 who died in motor vehicle collisions increased by 50% (from 14 deaths to 21 deaths). Teen car accident deaths, too, have increased.

The NPR report indicates that state with the strictest seatbelt laws tend to have the fewest auto accident fatalities. California has strong seatbelt laws, according to a fact sheet from the Insurance Institute for Highway Safety (IIHS). Specifically, California has primary enforcement for seatbelt violations, meaning that a person can be pulled over solely for failing to wear a seatbelt. In states with only secondary enforcement, a person cannot be stopped for failing to wear a seatbelt, but instead a seatbelt violation must be tied to another traffic violation for which there is primary enforcement.

In addition, California law requires that anyone who is younger than two years old and under 40 pounds and 40 inches must be placed in a rear-facing car seat. In addition, children who are 7-years-old and under who are less than 57 inches tall must also be in an appropriate child safety restraint system. In California, fines for adults who fail to wear a seatbelt begin at $20, while fines related to child safety seat violations begin at $100.

If you have questions about filing an auto accident claim, an experienced Carlsbad car accident attorney can assist you. Contact the Walton Law Firm today for more information.