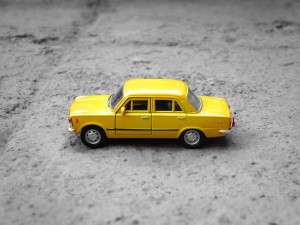 Are we going to see more self-driving cars on California’s roads in the upcoming weeks and months? According to a recent article in The Washington Post, auto accident safety experts and representatives from the automotive industry expressed serious concerns about the likely link between self-driving vehicles and serious car accidents. Earlier this month the National Highway Traffic Safety Administration (NHTSA) asked a number of different groups to provide input while it develops guidance for automated vehicles, but the federal agency quickly learned that many leaders in the field simply do not approve of the technology—and allowing it out on the roads—as it currently stands.

What is one of the primary reasons that Californians are not yet ready to own self-driving vehicles on a large scale? According to a representative from the National Safety Council (NSC), many of the features of these automated vehicles have been named and designed for marketing purposes. In practical terms, that means that it will likely be difficult for owners—both young and old—to understand how to properly engage the technology and to avoid a severe traffic collision.

If used properly, some advocates for self-driving cars argue that they could go a long way in preventing deadly car accidents. However, until researchers and other safety advocates have more time to assess the needs of consumers, such automated technology could do more harm than good. Why do we need to address the problems of self-driving cars immediately? In short, the NHTSA wants to release new guidance in just a few months in response to requests to purchase the vehicles. Yet if this guidance comes out in the summer, it will be available much more quickly than some advocates believe regulations should be constructed. The government should take more time, some commentators argue, to think about what such guidance should really contain.

But as the NHTSA administrator Mark R. Rosekind explains, there is a risk if the government does not release guidance on the sooner side. As Rosekind articulates, there is currently a “huge gap between the technologies themselves and the kind of thinking that should be accompanying their rollout.” In other words, if we want self-driving vehicles to be safe, we need to have accessible guidance in place for potential owners.

Disputes over self-driving cars are coming at the same time as an article in the Times of San Diego reporting that Southern California’s roads are in such poor condition that they are “confusing” semi-autonomous vehicles. For instance, certain roads in San Diego do not have clear lane markings, and signage is uneven. For a self-driving car, these issues could lead to a serious traffic collision.

Do you have questions about accidents involving self-driving cars? Were you recently injured in an auto accident? An aggressive San Diego car accident lawyer can discuss your options with you. Contact the Walton Law Firm for more information about filing a claim for compensation.