Back in September of 2012, Andre Walker, 30, suffered a serious injury due to a “gopher-infested soccer field in Ocean Beach,” according to a recent article in U-T San Die 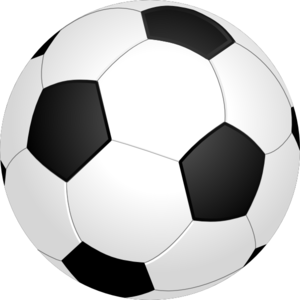 go. Earlier this month, Walker won a $450,000 settlement after filing a claim against the city in August 2013. While the specific facts of the case may seem like something out of a fictional narrative, the settlement emphasizes the importance of seeking compensation for injuries resulting from premises liability injuries.

Have you suffered a personal injury because improperly maintained premises? You may be able to file a lawsuit to seek compensation for your injuries. Don’t hesitate to discuss your case with an experienced San Diego personal injury attorney.

How did the plaintiff’s injury happen? In short, Robb Field, or the Ocean Beach Recreation Area, had serious hazards on its premises. While it doesn’t seem like the most likely cause of a severe personal injury, the field was littered with gopher holes. One of those gopher holes caused serious injury to Walker’s knee, which ultimately “required total knee reconstruction.”

A number of recreational users filed complaints with the city, urging it to properly maintain the soccer field. Indeed, during arbitration, Walker’s attorney presented letters from other soccer players “noting that dangerous conditions had led to injuries ranging from sprained ankles to fractured femurs.”

Walker’s lawyer also presented proof that “the city contracted with the lowest bidding pest control company in order to reduce the number of pocket gophers at the site.” And despite the fact that the city knew about the problem and sought bids to eradicate it, players continued to suffer injuries. To be sure, even after Walker’s knee injury, players continued to get hurt from the poorly maintained field.

Why? In short, the grounds manager at Robb Field indicated that the pest control firm from whom the city entered into a contract, Epic Pest Control Company & Landscape Services, Inc., “entered a bid too low to cover the costs of exterminating the gophers.”

Walker’s injury was an especially severe one. Stepping in the gopher hole caused a “complete rupture of his anterior cruciate ligament, lateral collateral ligament, meniscus, and other injuries to his knee.” As a result, he required a total knee reconstruction, and has also developed a condition called drop foot. This condition prevents Walker from “lift[ing] his foot up and down or us[ing] his lower leg for almost two years.” In addition, he’s likely to “experience long-term disability as a result of his injury.”

Since Walker filed his lawsuit and settled, the city has reportedly “taken steps to improve the condition of Robb Field.” The field still has gopher holes, but there are fewer than when Walker sustained his injury. In addition, the city has managed to “substantially reduce the gopher population,” which will result in fewer gopher holes over time.

Premises liability is a broad area of the law that allows injury victims to seek compensation when they’ve been hurt because of a property owner’s negligence. Property owners have a duty to keep their premises free of hazards. If you have sustained an injury on another person’s property, you may be eligible for financial compensation. Contact an experienced San Diego personal injury lawyer at the Walton Law Firm today to learn more about how we can assist with your case.

Dog Bite: Absentee Owner Can Be Liable If They Allow Dog on the Premises