A fire in a Lakeside creek bed left one woman with severe burn injuries last Sunday, and it also destroyed one trailer home while scorching other vehicles and homes in the area. Personal injury lawyers know that cases involving burns can be among the most valuable. If you or a loved one have been injured in a fire, an experienced California burn injury lawyer can discuss the details of your case today. 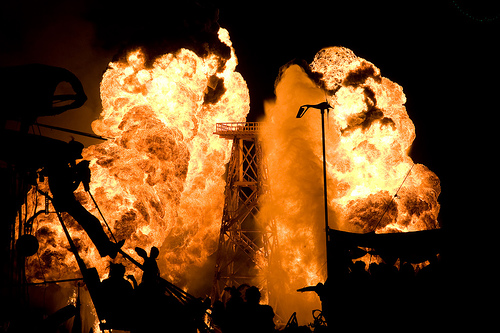 Details of the Lakeside Fire

According to UT San Diego, the fire began off Highway 8 Business close to Los Coches Road along Los Coches Creek. It quickly spread to the Glenview Mobile Lodge, where the blaze burned about 1.5 acres before emergency response teams quelled the flames.

When firefighters arrived at the scene, they found “a badly burned woman lying alongside the road near the flaming vegetation,” according to the Lakeside Fire Protection District Chief Andy Parr. Local paramedics rushed the woman to the UC San Diego Medical Center. She was admitted to the burn unit where she was described as being in critical condition. As of right now, investigators aren’t sure if the woman lived in the mobile home park or not. Parr indicated that the woman may have been homeless and living along the dry creek.

Investigators haven’t yet determined the cause of the fire. They do know that the fire was “fueled by arundo donax, a tall cane in the creek bed that caused an explosive fire, with embers flying 100 feet and starting more fires.” Several families in the area commented on the blaze, describing the complete destruction of their homes.

Since there were no other large fires burning at the time, San Diego firefighters were able to devote significant resources to putting out the Lakeside fire. In fact, two air tankers and two helicopters “cropped water on the fire, and about 100 firefighters responded from 10 agencies, with 20 fire engines,” according to the San Diego Fire Department. While they prepare for “a bad fire season” every year, Parr indicated that current signs “suggest an especially dangerous season” for southern California.

Even if this recent fire resulted from an intentional act of arson, it’s a good idea to be prepared for wildfires in California.

How to Prevent Fires in Southern California

After commenting on the Lakeside fire, the San Diego Fire Department emphasized the importance of clearing away brush from homes and keeping these areas free from branches. Doing this can make it easier for firefighters to put out any fires that may start.

Last week was actually “Wildfire Awareness Week” in our state, according to the California Department of Forestry and Fire Protection. While fires can start because of intentional acts of arson, people living in Southern California need to take extra precautions during the dangerous wildfire season. The state of California provides some useful tips for residents:
· Create an Action Plan: have an evacuation plan in place, as well as a family communication plan for contacting loved ones outside the area in case of separation.
· Be Prepared with an Emergency Supply Kit: it’s important to have fire extinguishers on hand, but an emergency supply kit for each member of your family can be extremely important in case of a fire. The kit should include a three-day supply of non-perishable food and 3 gallons of water per person, a map with two marked evacuation routes, prescription medication, changes of clothing, extra car keys and credit cards, a first aid kit, a flashlight, sanitation supplies, and important documents.
· Harden Your Home: you can harden your home in case of a fire by using special roof materials, covering house vents, protecting eaves and soffits with ignition-resistant materials, installing dual-paned windows, and building your walls and decks with ignition-resistant building materials. These are just some of the important tips for hardening your home.

If you or a loved one have been burned in a fire, you may be eligible for compensation. Don’t hesitate to contact a burn injury attorney to learn about your options for filing a claim.