When drug-impaired drivers cause injuries in traffic collisions in San Marcos, it is essential to hold those drivers accountable and seek compensation. What do you need to know about drugged driving crashes in Southern California? The following are five important things to consider.

END_OF_DOCUMENT_TOKEN_TO_BE_REPLACED 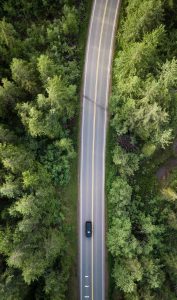 As many residents of San Marcos know, California law allows adults aged 21 and older to buy, possess, and consume marijuana as long as it is one ounce or less in a private residents or in an area in which marijuana consumption is legal. In addition, the law permits adults to grow marijuana plants in a small number (up to six of them), as long as they are growing the marijuana plants in a secure place where the public cannot view them. What does this have to do with car accident rates in San Marcos? According to an article in The Washington Post, two studies conducted earlier this year “came to seemingly opposite conclusions on whether marijuana use is causing an increase in car crashes in states that have legalized the drug.”

Since California is one of those states, it is important for residents to consider the potential link between marijuana use and motor vehicle crash rates. If you or someone you love got hurt in a traffic collision caused by a drugged driver, you should learn more about filing a claim for compensation.

Are Car Accident Insurance Claims Higher in States Where Marijuana is Legal?

END_OF_DOCUMENT_TOKEN_TO_BE_REPLACED

When you live in Encinitas or in a nearby part of North County, you likely know about the risks of alcohol-impaired driving. We often hear about DUI laws in California and the serious consequences of driving under the influence of alcohol. The U.S. Centers for Disease Control and Prevention (CDC) highlights how an average of 28 people sustain fatal injuries in car accidents each day caused by drunk drivers (or, to put that number another way, one person dies every 51 minutes because a driver decided to drink and drive).

What about drugged driving? How does smoking or otherwise consuming marijuana affect a person’s ability to drive safely? How often do prescription drugs or illegal substances play a role in serious and fatal car accidents in Encinitas? According to a recent report from the Regulatory Affairs Professionals Society (RAPS), the FDA’s newly finalized study provides guidance on drugged driving.

END_OF_DOCUMENT_TOKEN_TO_BE_REPLACED
What Our Clients Say:
"Walton Law Firm was amazing. Very professional, but personal. Having a lawyer to make sure that everything is taken care of removed so much stress."★★★★★- Wayne G., Encinitas -
"After my husband was killed in a motorcycle accident, Randy was there from the moment I first called."★★★★★- Suzanne S., Escondido -
"Calling Randy was the best decision I could have made. He got me an excellent settlement that covered all my medical bills and put a sizable chunk of money in my pocket."★★★★★- Erik S., San Marcos -
"Truly as good as it gets, if not beyond great, for Randy Walton and his paralegal Sarah Earnest. He and she are both incredibly dedicated to what they do and I never felt I couldn't trust him."★★★★★- Natalie T., Lake Elsinore -
"Randy is a great lawyer and a better person. He went above and beyond the call of duty to reach a settlement in my case. He believed in my case when no one else did."★★★★★- David C., San Diego -
Contact Us
free consultation 760.571.5500