A 19-year-old pleaded not guilty to a fatal hit-and-run accident that occurred early Friday morning in Rancho Santa Fe. According to an article in the U-T San Diego, the teenage driver, Jin Hyuk Byun, was charged with the killing of Angel Bojorquez. The California Highway Patrol arrested Byun on Sunday night after a neighbor informed authorities of damages to Byun’s 2008 Chevrolet Avalanche that were consistent with the details of the incident that were released to the news media. Our San Diego car accident lawyer recognizes that teenage drivers are more prone to exercise reckless driving behavior, creating a higher probability for tragic incidents such as these to occur. 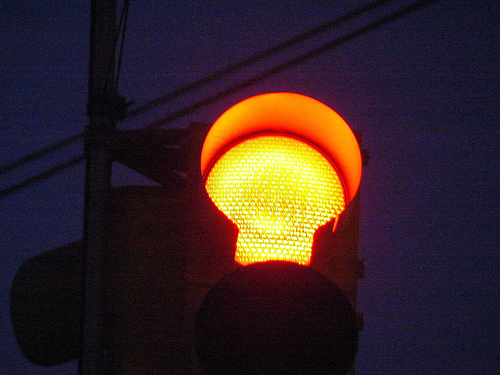 Although this tragic occurrence was likely an accident and the teenage driver had no intention to harm the victim, Byun is not leaving this situation unscathed. Byun’s failure to stay at the scene of the accident has triggered a felony charge of a hit-and-run causing death. On the night of his arrest, he was taken to jail and held at $50,000 bail. His bail was raised to $1 million at his arraignment in Vista Superior Court by Judge Marshall Hockett, indicating the severity of Byun’s misconduct. The judge rejected defense attorney’s argument that Byun’s bail should be set at $100,000 given that he does not have a felony record.

During the arraignment, Deputy District Attorney Aimee McLeod narrated the sequence of events on the night of the incident. The accident occurred at approximately 1 a.m. on Friday morning. The victim was bicycling home from work from Del Mar through Rancho Santa Fe when he was hit by Byun, who was driving a 2008 Chevrolet Avalanche and had drifted into the bike lane. After the collision, Byun fled the scene and pulled into a residential neighborhood to check the damages on his vehicle. He proceeded to drive home after checking his car. The body was discovered about an hour later by a private security officer who drove passed the scene of the accident.

In his defense, Byun stated that he knew that he had hit something but that he thought that it was a mailbox or a deer. Regardless of what he hit, a reasonable person under his circumstances would have likely stopped the vehicle to check to see what he had hit.

At this point, the cause of the accident is unknown. One can only assume that Byun was simply negligent when behind the wheel, causing him to drift into the bike lane and hit the victim. This accident certainly could have been prevented if Byun had exercised the requisite reasonable care so as to put others on the roadway out of harm’s way. Exercising reasonable care while driving involves following the basic rules of the roadway, one of which is being aware of the surroundings at all times. Clearly, Byun was in violation of this particular rule.

As mentioned in our previous post, San Diego wrongful death lawsuits are appropriate in situations such as these where a death occurred due to the responsible party’s failure to exercise safe and reasonable conduct. Surviving members of the victims have standing to bring such lawsuits.

In the event that you are the victim of an San Diego automobile accident or any other accident causing personal injury, please contact our North County San Diego injury lawyers at Walton Law Firm. We offer free consultations for individuals who have suffered injuries in all types of accidents.