Two teenage drivers were involved in a street racing crash last week that killed two passengers and caused serious personal injuries to two other passengers. It appears that the accident is a result of reckless behavior, but no drugs or alcohol use is suspected. 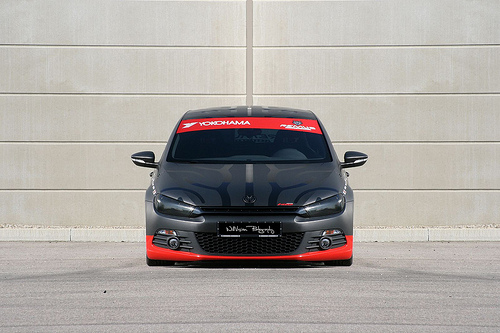 The two vehicles that were involved in the street racing crash were a 1999 Volkswagen Passat and a Volvo. The driver of the Passat was a 16-year-old-boy whose name was not disclosed to the public. The 16-year-old teen was accompanied by four other passengers in his vehicle. The driver of the Volvo was 18-year-old Michael Johnson.

According to a report from UT San Diego, the 16-year-old driver of the Volkswagen Passat lost control of his vehicle during the street race with Johnson, causing the vehicle to flip several times. Authorities state that the Passat was exceeding speeds of 100 mph. As a result, two passengers of the Passat, 18-year-old Anthony Foreman and 16-year-old Jayli Campbell, were thrown from the vehicle and died. The other two passengers of the Passat suffered severe injuries.

Although this unfortunate occurrence was an accident, the two teenage drivers are not leaving this situation unscathed. After being notified of an arrest warrant, the 16-year-old driver of the Passat turned himself in on Thursday morning. He has been charged with vehicular manslaughter and participating in a speed race resulting in personal injury. Johnson, the driver of the Volvo, is also experiencing the legal ramifications of his reckless behavior on the roadways. He was arrested at the scene of the accident and plead not guilty on Thursday.

Our San Diego car accident lawyer knows that when driving on our area roadways, there is always a potential risk for an unwanted accident to occur. Of course, that potential risk is increased if reckless and negligent driving is exercised. Certain car accidents, such as the street racing accident discussed here, can be prevented if the involved drivers exercise the requisite reasonable care so as to put others on the roadway (and in their own car) out of harm’s way. Exercising reasonable care while driving involves adherence to basic rules, such as obeying the traffic signals and signs, driving at a safe speed, and being aware of the surroundings at all times.

Unfortunately, some drivers—particularly younger, inexperienced drivers—fail to obey these simple rules, creating a hazard for everyone, including themselves. These situations case deaths, serious injuries, and have criminal consequences. In addition, the civil law also holds individuals responsible for their conduct if it causes harm to others. San Diego wrongful death lawsuits are often appropriate when the misconduct of others results in a death that wouldn’t have occurred otherwise. These are suits that are brought by the surviving family members of the victims.

In the event that you are the victim of an automobile accident or any other accident causing personal injury, please contact our North County San Diego personal injury lawyers at Walton Law Firm. We offer free consultations for individuals who have suffered injuries in all types of accidents.