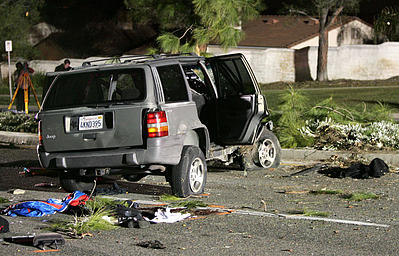 A 41-year-old Temecula woman is charged with second-degree murder after causing an auto accident that killed her 9-year-old daughter. According to reports, the woman, Karen Faye Honeycutt, may have consumed a dozen beers before getting behind the wheel of her SUV and speeding down the Vail Ranch Parkway in Temecula before losing control and striking a concrete light pole. Two other children in the car were also injured.

This is a devastating tragedy for the family. Honeycutt’s 16-year-old son came upon the scene while walking home from school to learn that his mother and sister had been involved the fatal accident.

News reports state that toxicology tests show that Honeycutt’s blood alcohol level was at.22 percent, over nearly three-times the legal limit. She also had signs of marijuana use in her blood.

Tragically, Honeycutt had a history of driving under the influence. She had at least to prior infractions, and apparently had her driver’s license suspended from 1994 thru 2009.