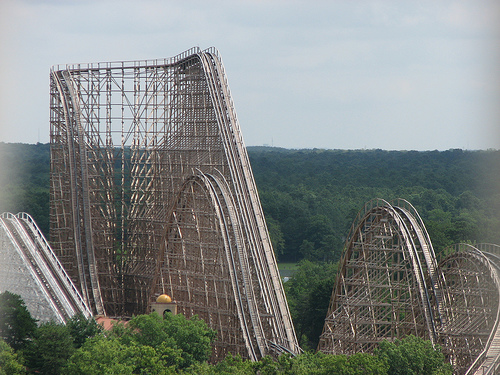 Summertime is all about enjoying the weather and relaxing–or trying to find ways to keep your children active while not in school. Popular activities include spending time by the pool, grilling hamburgers and hotdogs at a barbecue, and basking in the sun at the beach. Typically, summertime activities involve a bit of laziness. However, some summertime activities exist for thrill-seekers who still need a dose of excitement even in the heat.

For example, with their unpredictability and high-speed roller coasters, amusement parks certainly offer excitement. But as with most thrills, there is a bit of risk. Our San Diego personal injury lawyer appreciates that not only do amusement parks offer exhilaration, but they also present a level of danger for visitors. Not all risk can be eliminated (that’s half the fun), but it is crucial that these establishments do everything reasonable to ensure park visitors are not actually hurt when enjoying the entertainment.

Amusement Park Disasters
Surely we do not expect to suffer any kind of harm in a place where we are accompanied by Minnie and Mickey Mouse or where cartoon characters invade space. But looks can be deceiving. For example, an article in The Huffington Post brings to light the inherent deceptions of these amusement parks; sometimes with deadly results. The story includes a list “Ten Terrifying Amusement Park Disasters.” The story is a reminder of the risks when owners and operators of these facilities cut corners or otherwise fail to take visitor safety as serious as possible.

For example, “Action Park,” is regarded as one of the most dangerous amusements parks of all time. Opening in 1978 and shut down in 1996, the facility is a poster child for the hidden dangers of these lands of fun. During its short span of operation, six people were killed from ride failure, poor maintenance, or gross negligence. One of these deaths included a man who was electrocuted after being dumped from a kayak ride. Others involved drowning in the Tidal Wave Pool.

Other stories making the list include a pair of brothers who drown trying to swim back from “Tom Sawyer Island.” In another case a husband and wife were enjoying what was supposed to be a very tame gondola ride. It turned deadly when the slow-moving airborne coach slipped off its cable and plummeted to the ground.

The Law
The law allows those hurt by the negligence of others to receive redress for their losses. That might apply in many of these amusement park cases. Wrongful death lawsuits are appropriate in situations where a death would not have occurred had the responsible party for the death acted in a safe and reasonable manner. Surviving family members of the victims have standing to bring such lawsuits. Many different factors are weighed in these cases to understand what the parks did or did not do which contributed to the accident. In many cases a combination of factors lead to the injury–including negligence by the victim. Yet, just because someone hurt is not blameless does not mean that they (or their family) cannot pursue legal action to hold the facility accountable for its role.

Although summer is a time to have fun, our San Diego personal injury attorneys understand that it is also a time where certain accidents–like those at amusement parks–are more likely to strike. We urge you to always be aware of basic safety standards, but in the event that you are injured in an accident, please contact our North County San Diego injury lawyers at Walton Law Firm to see how we can help.