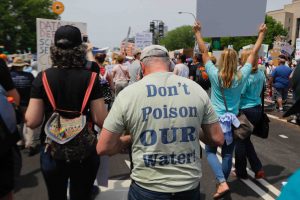 Yet the dumping of toxic waste continues to impact residents. While many people moved away from Hinkley, some people stayed. The groundwater remains contaminated, and experts have suggested that a complete cleanup could take as long as 50 years. Property owners cannot find insurers, and residents of the town remain at risk of toxins in the groundwater. While those who decided to remain in Hinkley have taken important steps to hold Pacific Gas and Electric accountable and to ensure that remediation does occur, there is no clarity as to when (and whether) the full cleanup will be completed.

Utility companies and other energy companies can be responsible for severe toxic tort injuries that result from harmful substances being dumped into the water and ground in California. At the same time, it is important to remember that utility companies can also engage in other dangerous behaviors beyond those associated with toxic tort claims that can put California residents at risk of serious personal injury.

For example, according to a recent article in the Los Angeles Times, the Southern California Gas Co. recently was fined for failing to test a section of its pipeline that was damaged in an explosion that occurred in January 2017. Southern California Gas Co. is the largest natural-gas operator in the state of California (and indeed in the country). As such, it supplies natural gas to thousands of Californians. However, California state regulators also allege that the company has been “putting its financial bottom line ahead of public safety by refusing to fully investigate [the] 2017 explosion.” The California Public Utilities Commission fined the utility company $3.3 million, citing its practices as “irresponsible to the public safety and unacceptable.”

If you have questions about toxic torts or filing a toxic torts claim in Southern California, you should speak with an Encinitas toxic torts attorney about your case. Contact the Walton Law Firm for more information about how we assist clients in personal injury cases.

Brain Injury Research Gets a Boost