Earlier this month, we told you about a California bill seeking to limit access to workers compensation benefits for professional athletes’ injuries. Just last week, Governor Jerry Brown signed that bill, which “significantly limits workers’ compensation claims by pro players,” according to the Los Angeles Times. According to the newspaper, by signing the bill Governor Brown “has slammed the door on most athletes looking to file injury claims in the state, including those with serious brain injuries.”

What will this change mean for professional athletes? In short, it’s going to be more difficult to obtain benefits for injuries suffered on the field. With the pro-NFL settlement of $765 million a couple of months ago, and now the highly pro-NFL legislation in California, it looks like professional sports players are going to have a tough road ahead of them when they seek compensation for their injuries. Have you or a loved one been injured while playing sports? Have you suffered from a traumatic brain injury? You’ll want to have an experienced brain injury attorney on your side. The dedicated lawyers at the Walton Law Firm have extensive experience with brain injury lawsuits and they can discuss your case with you today.

As you might remember, California is one of the few states in America that permits employees to file claims based on “cumulative injuries,” which are defined as injuries that occur over a large stretch of time instead of at a singular moment. For professional athletes, many of the most severe injuries are in fact cumulative injuries. In particular, when professional football and baseball players (among others) suffer multiple concussions, they can develop a very serious and potentially life-threatening disease call chronic traumatic encephalopathy (CTE).

Players who suffered cumulative injuries—regardless of their state of residence or the location of their team—used to be eligible to file for workers compensation in California if they had played in the state. In other words, playing pro football or baseball (or any other professional sport) on a California field entitled that professional athlete to file a workers compensation claim here. Now, the new bill will significantly restrict these workers comp claims. 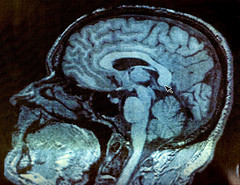 Restrictions Associated with the New Legislation

According to the Los Angeles Times, the new legislation is “a significant victory for the National Football league,” since it has been “trying to reduce its financial exposure to concussions and other brain injuries that former players allege are the result of repeated blows to the head.” This bill was the result of almost 18 months of lobbying by professional sports leagues across the United States, including the NFL and Major League Baseball. The governor signed the bill without comment after almost every member of the California Legislature voted for the bill. In fact, the Los Angeles Times reported that only five Legislature members voted against the bill.

What exactly does the new legislation do? Specifically, it will now only permit workers compensation claims from professional sports players who have played on a California team “for at least two complete seasons.” That excludes all players who work for out-of-state teams, as well as players who were injured after playing on a California team like the San Diego Chargers or the Los Angeles Dodgers for only one season. And the restrictions continue from there. Indeed, players who “spent seven or more seasons playing outside the state will be unable to file, even if they meet the two-season requirement.”

What else do you need to know? In addition to severely limiting a professional athlete’s access to benefits and compensation, the bill is also retroactive back to September 15th. That means that any player filing on or after that date who don’t meet the new requirements won’t be eligible for compensation.

This California legislation is extremely restrictive for athletes who have suffered traumatic brain injuries and multiple concussions. Don’t wait to contact an experienced brain injury attorney. The experienced lawyers at the Walton Law Firm will help you obtain the compensation you deserve.