You might remember a product liability case when talked about back in August concerning the fatal acceleration of a Toyota Camry. The victim, Noriko Uno, 66, died after her 2006 Toyota Camry suddenly accelerated to speeds of more than 100 miles per hour and struck a tree and a telephone pole, according to an article in CNN News. Uno’s family filed a claim against Toyota, arguing that there was a defect in the Camry’s design and that the company should have installed a brake override system. News agencies quickly picked up the story and deemed the lawsuit a “bellwether” case that was likely to influence similar claims arising throughout the country. However, in mid-October, a California jury in the Los Angeles Superior Court returned a verdict in favor of Toyota. 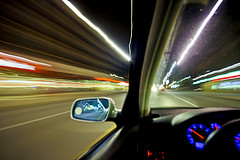 At the time, Toyota too emphasized that Uno’s suit was a “bellwether,” explaining that the verdict in the company’s favor would “set a significant benchmark that its vehicles are safe with or without a brake override system,” according to CNN News. In a statement on Toyota’s website, the company highlighted its win: “We are gratified that the jury concluded the design of the 2006 Camry did not contribute to this unfortunate accident.” Toyota went on to depict the verdict as an affirmation “that there was nothing wrong with the vehicle at issue in this case.”

As you might remember from our previous post, consumers began complaining about a problem with the Toyota Camry model that caused sudden acceleration. The problem, according to the Los Angeles Times, concerned an electronic throttle system in the vehicles. Despite the loss in California, however, a recent jury verdict in favor of two Oklahoma plaintiffs suggests that Toyota might have to pay more settlements than it initially thought.

A Plaintiff Win and a Toyota Settlement in Oklahoma

After the California verdict, commentators suspected that Toyota likely wouldn’t be held responsible for most of the “sudden acceleration” claims cropping up. However, late in October, an Oklahoma jury decided that Toyota Motor Corp. should pay $3 million in a sudden acceleration case that caused the death of one woman and the serious injury of another, according to an article in Bloomberg. The $3 million includes compensatory damages for both victims, with $1.5 million for each. The jury was set to deliberate on punitive damages in this case when Toyota settled with the victims, according to the Los Angeles Times.

Indeed, the jury found that Toyota had “acted with reckless disregard,” reported the New York Times. The company had reports about problems with the Camry model, and yet they didn’t take steps to correct them. As a result, the jury had planned to award punitive damages. The lawyer for the plaintiffs, J. Cole Portis, said that he was “fully convinced that Toyota’s conduct from the time the electronic throttle control system was designed has been shameful,” and he expressed gratitude for the jury, who “had the courage to let Toyota and the public know that Toyota was reckless.”

A Toyota spokesperson, Carly Schaffner, issued statement in which she explained that Toyota “strongly disagreed with the verdict,” but that the company was “satisfied that the parties reached a mutually acceptable agreement to settle this case.” Legal analysts have underscored the connection between Toyota’s settlement and the company’s likely desire to avoid having to pay punitive damages.

What Happened Between California and Oklahoma?

While it’s upsetting to learn that the California jury who heard Uno’s case found in favor of Toyota, the recent Oklahoma settlement suggests that Toyota might be willing to take more responsibility for its defective products. Indeed, legal analysts have emphasized that “the verdict could give a lift to plaintiffs in other cases.”

Have you or a loved one been injured by a defective product? Consumers file product liability claims everyday, and the dedicated team of California product liability lawyers at the Walton Law Firm can speak to you today about your case.