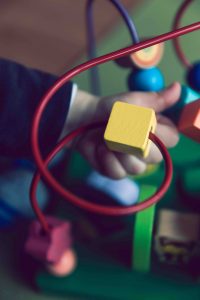 It is always frightening to learn that a product your child uses has been subject to a safety recall. Parents should not panic when they learn about a recall, but rather should determine the severity of the risk posed by the product and should follow the instructions on the recall. But what happens when recalled products are still used by daycare centers, or when parents are not adequately informed about recalls of dangerous children’s products? Those are just a couple of the questions surrounding the recent recall of the Fisher Price Rock ‘n Play Sleeper, as well as numerous other inclined sleepers designed for infants.

According to a recent article in The Washington Post, the U.S. House Oversight Committee has decided to launch an investigation into infant inclined sleepers due to the number of infant deaths reported and the continued use of these products despite recall warnings from the Consumer Product Safety Commission (CPSC).

In the last 10 years, the article reports that “millions of inclined sleepers were sold,” and parents all over the U.S. used them in order to get their infants to sleep. The products were unique in their design, “allowing babies to sleep at an angle of about 30 degrees.” Yet recently, it became clear that these products pose serious injury risks to babies. As of April 2019, the Fisher Price Rock ‘n Play Sleeper had been tied to a total of 30 infant deaths. As a result, the company recalled about 4.7 million of its inclined sleeper products with the CPSC. According to the CPSC, the deaths occurred “when babies turned over while unrestrained or under other circumstances.”

One of the major problems remaining with the inclined sleeper is that consumers are still able to buy them. Even though dozens of child deaths have been linked to the dangerous product, there is no law that prohibits buying and selling them. Recognizing the dangers of these products, lawmakers introduced legislation to ban the sale of any infant sleeper “with an incline of greater than 10 degrees.” This kind of safety regulation is already in place in Canada.

In addition to a law banning the sale of the product, the House investigation discussed in The Washington Post is also looking into the design, manufacture, and marketing of the product. Numerous reports have emphasized that many of these products remain in use in daycare centers, and many parents who own inclined sleepers have not been adequately informed of the recall or the dangers associated with the product. Ultimately, anyone with a child injured by an inclined sleeper product may be eligible to file a product liability lawsuit.

If your child was injured by an inclined sleeper or another defective product, you should discuss your case with an experienced Oceanside product liability lawyer. Contact the Walton Law Firm to get started on your case.

FDA Will Change How It Approves Medical Devices