Two men were looking under the hood of their broken down Honda on the left side of northbound I-5 near SR-52 when they were slammed from behind by a large sedan, which was previously hit in what was described as a 5-car accident. The crash caused the two men working on the Honda to be thrown into the air, and both were rushed to the hospital with major injuries. A woman who was with the men was also hospitalized, but her injuries were considered to be non-life threatening.

The accident caused a major traffic jam on both I-5 and SR-52. A pregnant woman in labor was heading west on the 52 when the accident occurred and got stuck in the ensuing traffic jam. The woman was able to pull off the freeway, and paramedics were called, but, due to the traffic, couldn’t reach the pregnant woman in time. She delivered a baby girl on the side of road.

Because of the severity of the accident, it took several hours to clear the freeway lanes. 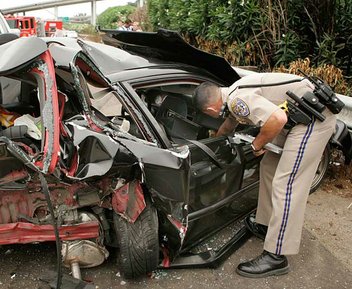 The La Jolla accident and injury lawyers at Walton Law Firm represent individuals who have been injured in all types of incidents, including auto accidents, worksite injuries, elder abuse and neglect, food poisoning, pedestrian injuries, construction accidents, property injuries, and malpractice matters. Call (760) 571-5500 for a free and confidential consultation.