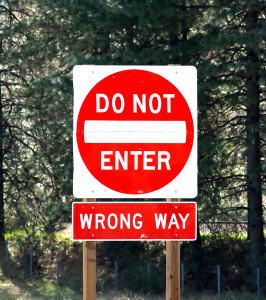 According to a recent article in The San Diego Union-Tribune, a wrong-way car accident led to the death of a driver in Sorrento Valley last month. Based on reports, the driver was a 43-year-old man who had been heading west on Miramar Road when his automobile crossed over the divider and collided with another vehicle traveling in the opposite direction. The crash occurred in the late evening. Emergency medical responders rushed the driver to a nearby hospital, but he died from his injuries. In addition to the fact that he was not wearing a seatbelt at the time of the accident, authorities also suspect that the 43-year-old had been driving under the influence of alcohol.

The driver of the other vehicle and his passenger were not seriously injured in the accident. However, it is important to get the facts about driving under the influence of alcohol. If you or someone you love suffered injuries in a car accident caused by an impaired driver, you should speak with an experienced San Diego car accident lawyer to learn more about filing a claim for compensation.

Getting the Facts About Alcohol-Impaired Driving

What do you need to know about impaired driving? According to a fact sheet from the Centers for Disease Control and Prevention (CDC), around 30 people die every day in the United States because of impaired driving. To put that number another way, it means that statistically one person dies every 51 minutes because of a drunk driver. In terms of total financial costs, each year alcohol-involved accidents cost nearly $60 billion.

Some drivers are at greater risk than others. The CDC identifies the following groups as being particularly at risk of a DUI accident:

In California alone, the CDC reports that about 1.8% of adult drivers report “driving after drinking too much” in the last 30 days. Between 2003 and 2012, there were 10,327 drunk driving deaths in California. That number is the second highest in the country (just after Texas), and it represents almost 9% of all alcohol-involved fatalities in the United States.

Deaths resulting from drunk driving are preventable. When a driver gets behind the wheel after consuming too much alcohol, car accidents can happen that lead to serious and fatal injuries. It is important to hold impaired drivers accountable. If you or a loved one got hurt in a drunk driving accident, you should learn more about filing a claim by speaking with a San Diego car accident attorney. Contact the Walton Law Firm today to learn more about how we can help.