Slips and falls can be especially dangerous, especially when a victim falls from heights.  According to a recent article in U-T San Diego, a young 7-year-old boy sustained critical injuries after he fell “about 30 feet from a third-story window at a Del Mar hotel.”  How did this catastrophic hotel accident occur?  The Child Abuse Unit of the sheriff’s office currently is investigating the accident.  In some cases where serious falls occur, the hotel may have been negligent and can be held responsible for injuries. 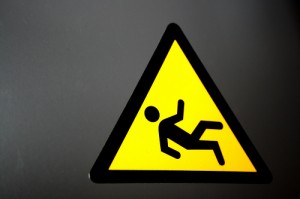 Falls can occur anywhere, including when we’re on vacation.  If you or a loved one has sustained injuries at a hotel or motel, you should contact a San Diego hotel accident lawyer.  The experienced attorneys at the Walton Law Firm can discuss your personal injury case with you today.

At around 6:20 p.m. on the night of the accident, members of the local sheriff’s office, as well as firefighters and paramedics, were dispatched to the scene of the accident.  According to the sheriff’s office, the boy had been on vacation with his family, and they had traveled to California from Korea.  When the accident occurred, the child “had been playing alone in one of the rooms booked by the family.”  Sgt. Dustin Lopez, who responded to the accident, indicated that when the boy’s family when to check on him in the hotel room, “they saw that he had fallen.”

Authorities don’t know yet whether the child opened the window himself or whether it was already open when he was left alone inside the hotel room.  Due to the fall, the child suffered a broken leg and “major head trauma,” according to Lopez.  A medical transport helicopter rushed him to Rady Children’s Hospital in San Diego.

How often do serious falls occur at hotels?  These hotel accidents can affect both guests and employees alike.  Indeed, according to data collected in a report by a Cornell University researcher, slips and falls are the “most frequent accident type by cost for both guests and employees.”  When it comes to hotel guests, the following accidents and injuries are reported most commonly:

While the numbers differ for hotel employees, slips and falls still cause a majority of those accidents.  In fact, about 42 percent of all hotel employee injuries occur because of a serious fall.  The second-leading cause of employee injury, however, relates to handling dangerous materials.

Have you sustained an injury while on vacation at a hotel?  You should be able to feel safe when you stay at a hotel or motel. Contact a slip and fall attorney at the Walton Law Firm today to learn more about how we can help.